Batumi city is located on Black Sea side and it is important seaport for entire Georgia as well as a tourism capital of the country.

Batumi was founded in the 8th century, but the initial settlement is mentioned in texts that date back to the 4th century BC by Greek philosopher Aristotle. He described the city calling it Batus (from Greek “deep”), located on the Black Sea coast in Colchis.

The expansion of Batumi began in 1883 with the construction of the Batumi–Tiflis–Baku railway and the finishing of the Baku–Batumi pipeline. Henceforth, Batumi became the chief oil port in the Black Sea and it was granted the status of Porto Franco (free port). From Batumi one-fifth of the world’s oil production to European markets was transported. At the time, there were some very prominent entrepreneurs operating in Batumi (beside the Nobles) – the Nobels, the Rothschilds, Mantashevs etc. The Nobel brothers owned oil deposits, dozens of oil refineries, oil tankers, barges, railways and hotels. In 1878, the ‘Nobel Brothers Oil Industry Fellowship’ was founded in Baku, which transported oil from Baku to Europe via Batumi Seaport. In 1883, the Nobel brothers built an oil terminal in Batumi. Construction of the Baku-Tbilisi-Batumi railway line was completed in the same year.

Batumi’s interesting historical past has considerably influenced the architectural diversity of city. The Old part of the city is especially interesting, most of the houses were built in XIX century. It features distinctive building facades and balconies. The old city is known for the variety architectural subtleties: buildings are decorated with chimeras, mermaids, atlantes and other mythical creatures. The architecture of Batumi features the combination of European and Asian styles, the variety of architectural forms. It is possible to see buildings with elements of Georgian, Turkish, Imperial Russian, Soviet, English, French and colonial architectures; the buildings combining European and Oriental architecture.

Batumi Boulevard – is one of the popular place for both locals and visitors. The construction of the 7 km seaside boardwalk begun in 1881 by the famous Prussian gardener and landscape architect Ressler. Two years after the project began, Ressler passed away and Michael D’alfons, a French architect, completed the boulevard. Recently, a Spanish architect designed and constructed a new, modern addition for the boulevard. The coastal line of the boulevard has been beautified with bungalows, café-lounges, restaurants, children’s attractions, benches, sculptures and dancing fountains—making it one of the city’s most attractive tourist destinations. North of the city, Batumi Botanical Garden showcases flora from around the world.

The city’s cultural heritage, especially in the Old Town, is suffering from results of “development”, taking into account only the interests of developers, slowly destroying the history and the memories with no plans on preserving history. Some buildings are gone and some still under risk, but due to some active citizen groups still guarded. This is tough and vital issue for BATUMI, to embrace urban development and find tools for safeguarding history. 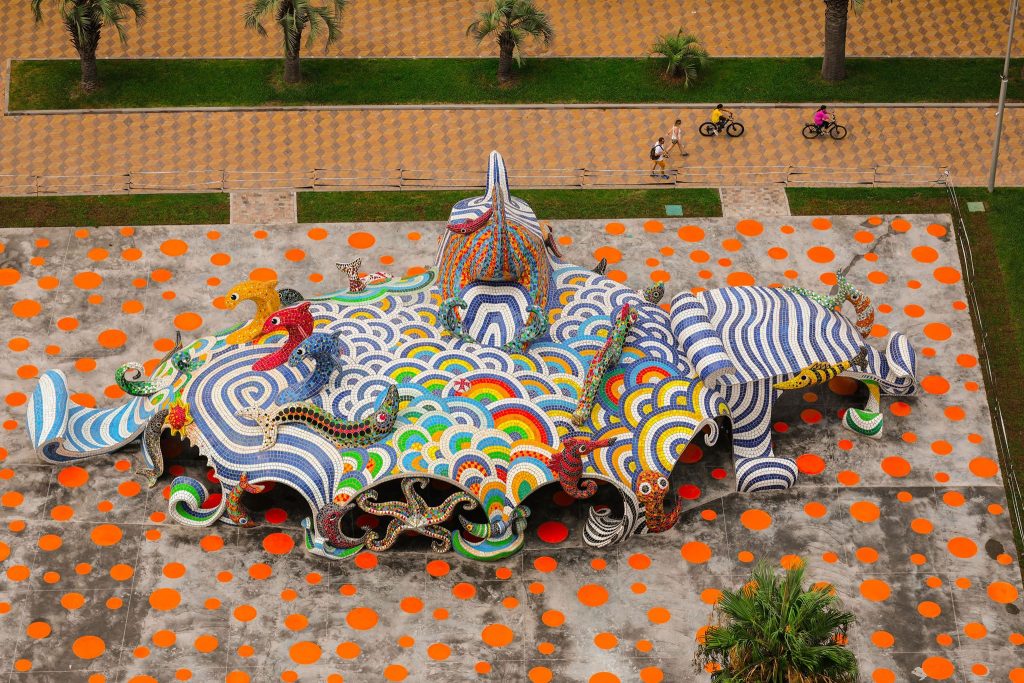 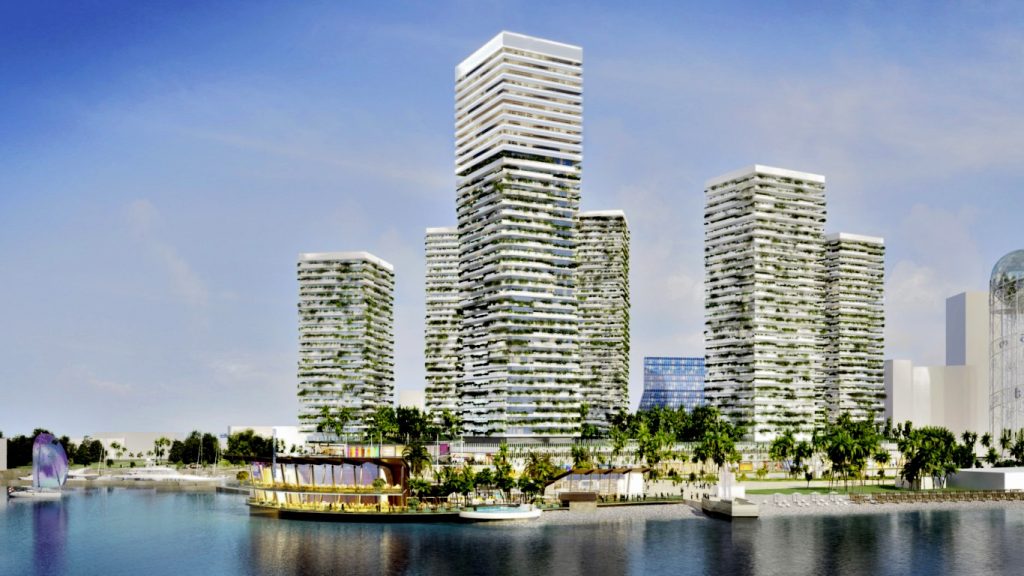 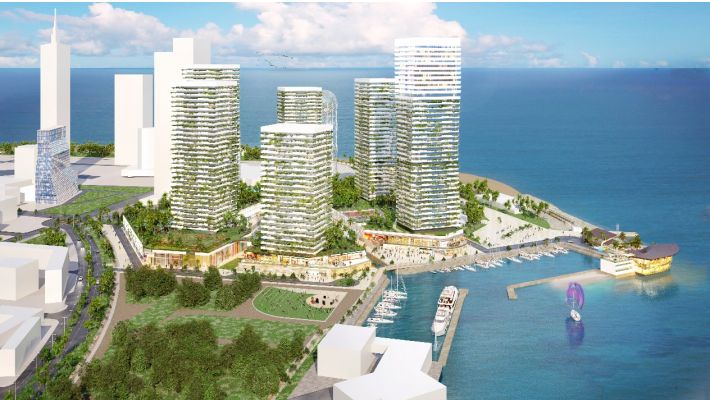 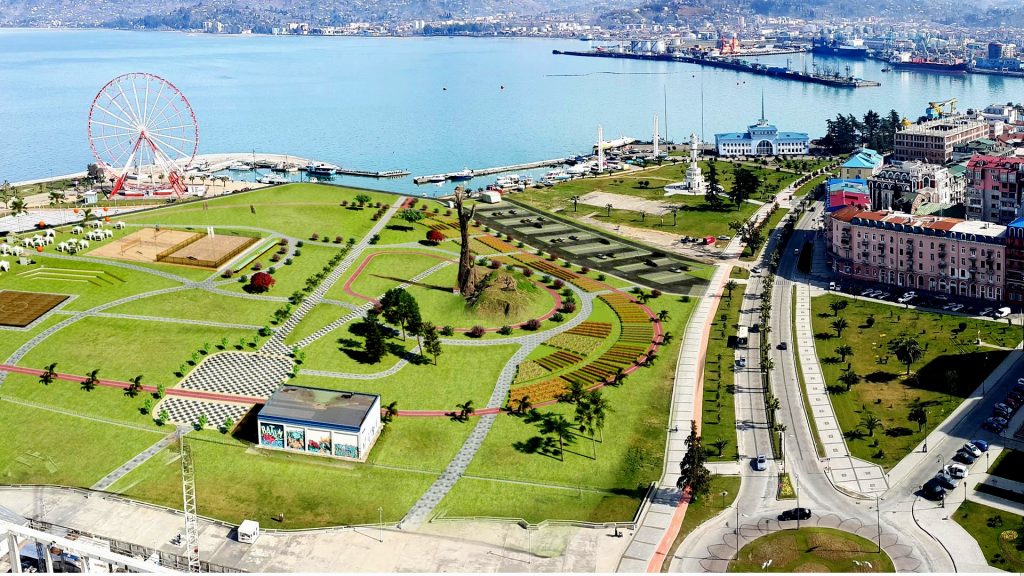 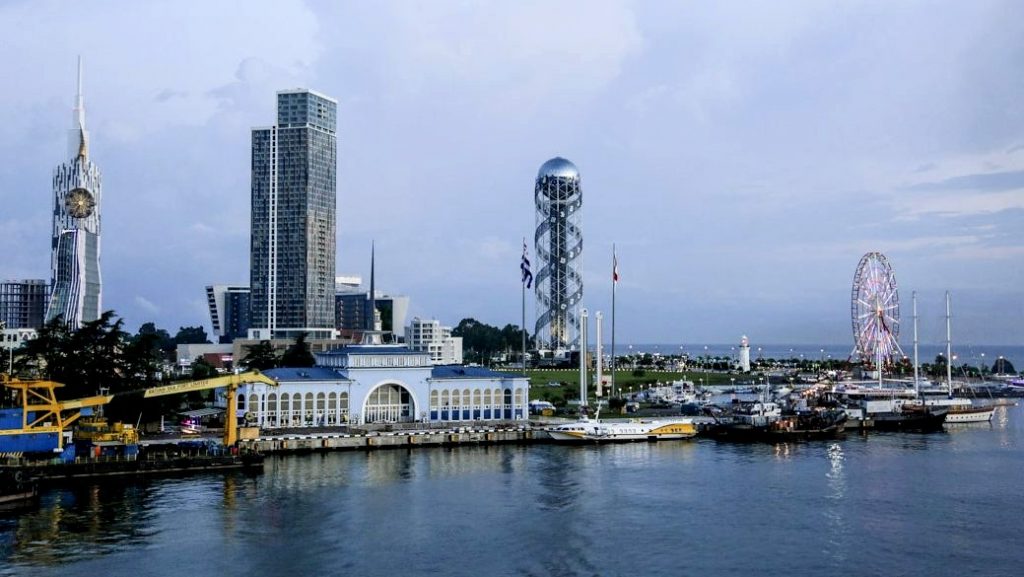 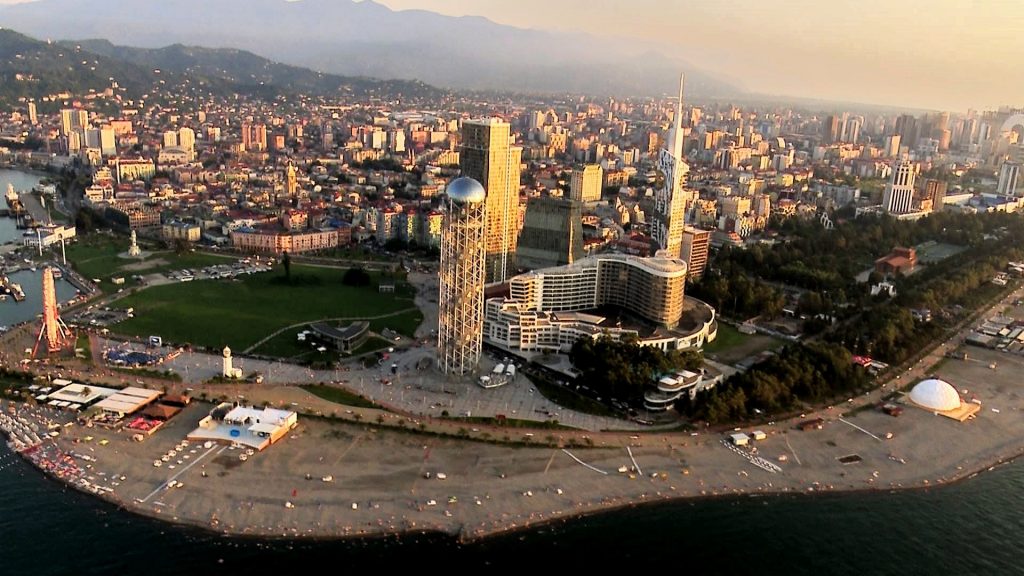 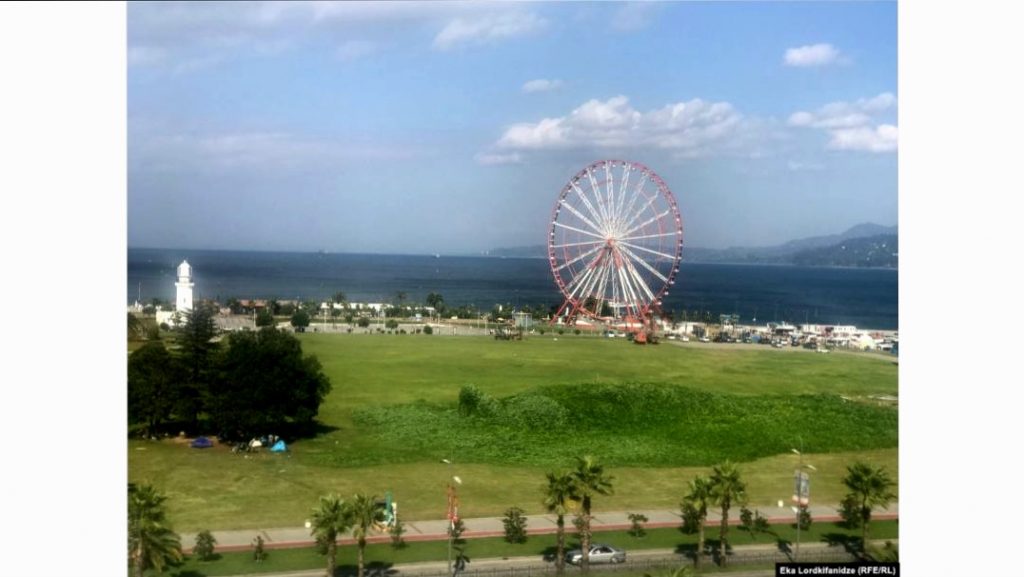 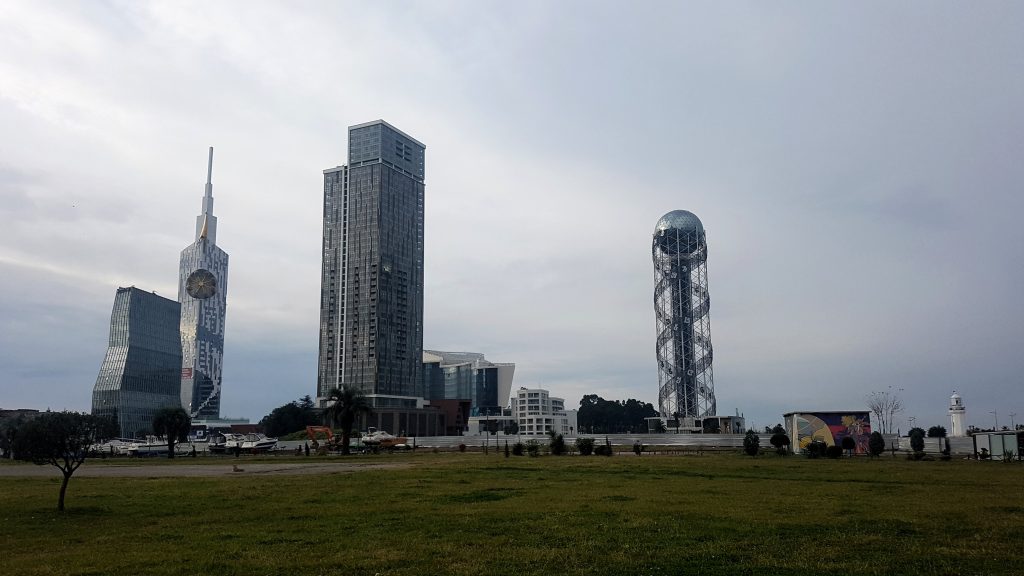