The context of Stockholm

For decades Frihamnen in Stockholm was a busy harbour, and during World War II it played a vital part in Sweden’s food storage and distribution. The Swedish banana business was largely controlled by Banan-Kompaniet in Frihamnen for half a century. Their facilities in the harbour have been classified “culturally significant” by the Stockholm City Museum, who have overseen large preservative renovations on the building. The harbour is also directly linked to the Swedish stock exchange, Nasdaq, as they for some time have had their offices in Pannhuset next to the harbour.

Frihamnen is an area in Stockholm that is currently undergoing great changes. Stockholm City Council are building a whole new neighbourhood, Norra Djurgårdsstaden, in the area. An estimated 12000 new living spaces and 35000 work places are being built, but there is also room for meeting one’s neighbours. For example: three designated areas for growing vegetables and flowers have been put in place, so that locals can influence their immediate surroundings and take mutual responsibility for nurturing the environment. The massive project that is Norra Djurgårdsstaden has been given a target focus by the City Council: to work sustainably, and keep a high profile so as to be a role model for others within the field of urban development.

In the future Frihamnen will be remembered for its industrial heritage but will be defined as a place of living and of work. Businesses such as microbreweries, museums, media

production companies, and many more, have their offices by the old harbour. However there are businesses forced to move due to the recent building project: the container

terminal, CTF, in Frihamnen will now be moved to Stockholm Norvik Harbour outside of Nynäshamn. The oil operations at Loudden, an adjacent harbour to Frihamnen, will move

from the area to make room for more flats. Though the ferries and cruise ships departing from Värtahamnen, another harbour close to Frihamnen, will continue to do so. The

expansion of the Värtahamnen pier will provide even more office and flat space. 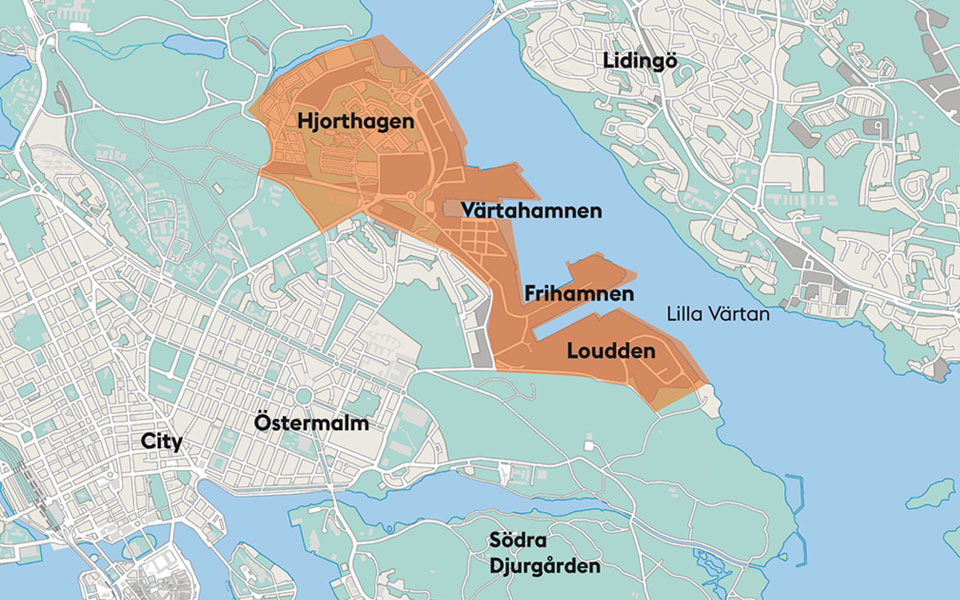 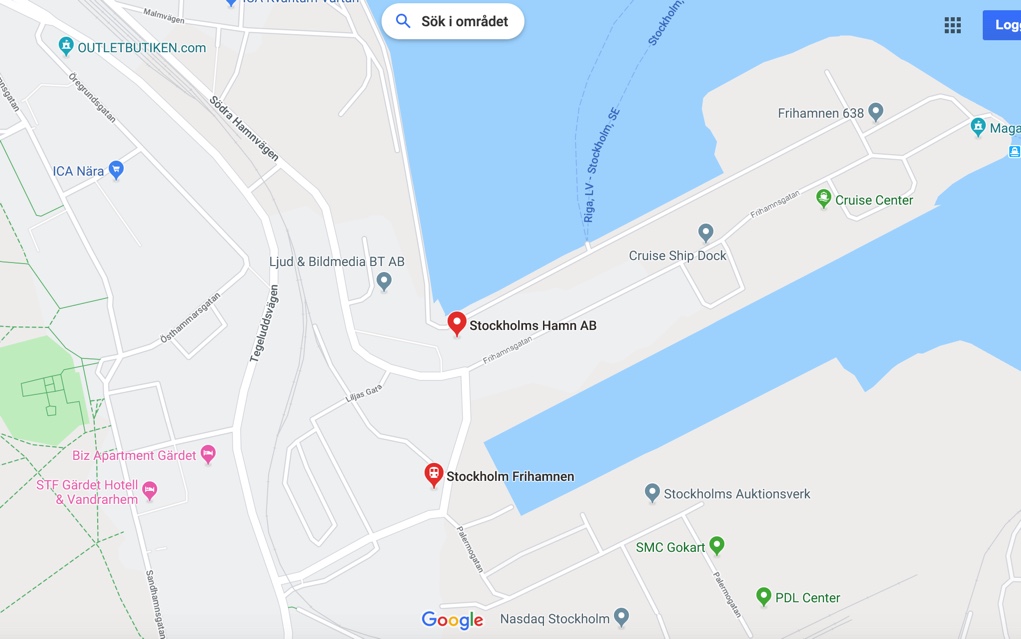