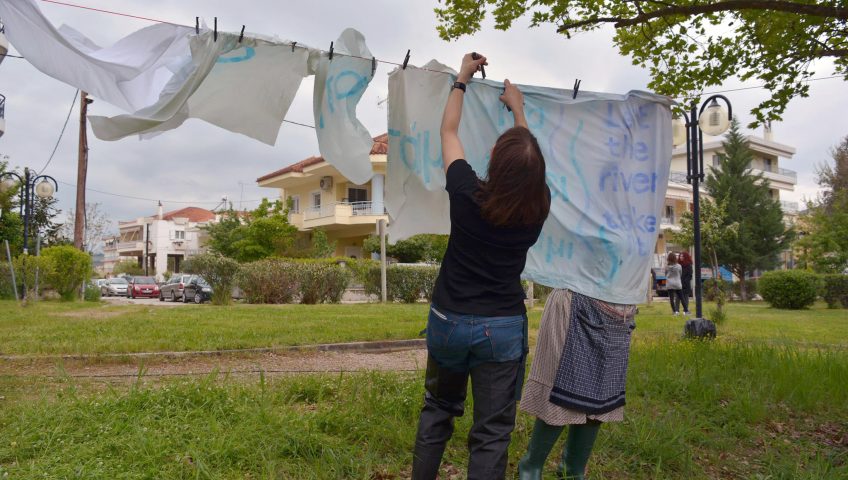 Να το πάρει το ποτάμι / Let the River Take It was designed as a collective catharsis, an invitation both to remember and to release memories into the River Erkyna. It aimed to weave together references from Levadia's past and present, including the tradition of washing clothes and rugs in the river, the historical industry of textile mills and the many women who worked in them, and the ancient myth of the Oracle of Trophonius – where the dual springs of remembrance and forgetting combined to form the river itself. The event was also a purposeful re-staging of domestic activity in the public realm, making visible 'women's work' which is often either hidden or ignored. 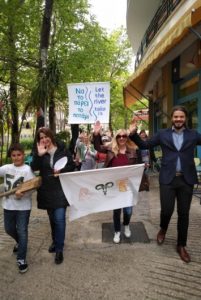 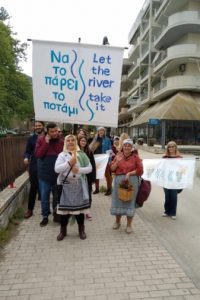 Image: Να το πάρει το ποτάμι / Let the River Take It began as a procession in Levadia’s town centre, and ended with a mini-riverside festival on the banks of the River Erkyna.

The event was a performative action in two parts. It began as a procession from Nerotrivi (the former public laundry) in the town centre with banners and music, and ended further down the River Erkyna. The second half of the performance was a mini-riverside festival and collective washing event, where local people shared stories and songs about memory, the river, and letting go. 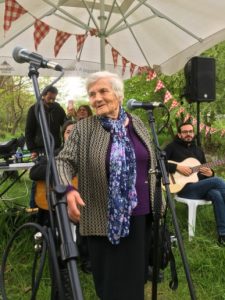 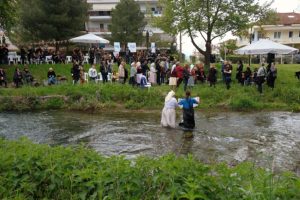 Image: Mrs Georgias and others shared stories and songs about the River Erkyna, including memories of working with and around the river, and stories of remembering and forgetting.

Members of the public were invited to join myself and others* in the river as we washed the individual words 'Να το πάρει το ποτάμι' from sheets that were hanging on a line, and from a banner used in the procession. The procession was designed to connect with an earlier event led by local artist Elpida Vartholomatou, where women re-enacted the historical washing of rugs, wearing elaborate and beautiful traditional dress. Many of the women from the first event joined the procession and cathartic washing event of Let the River Take It. 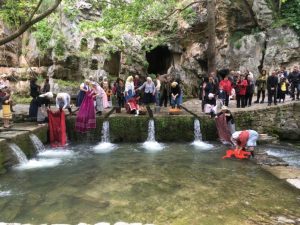 Image: Elpida Vartholomatou and the Women’s Association Agios Nikolaos of Levadia re-enacted a morning of washing rugs in the river, sharing traditional food and merriment. 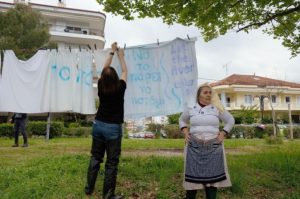 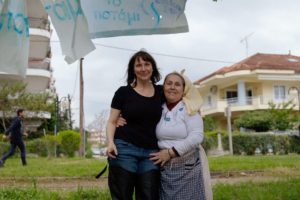 Image: t s Beall with Nikki Kollia.Nikki joined the artist in the River Erkyna, helping to wash the words ‘"Να το πάρει το ποτάμι" (Let the River Take It) out of sheets which were then hung on a laundry line during the performance event.

*During the river-washing, the artist was joined by a Greek performance artist who prefers not to be named, and by Nikki Kollia who also took part in the re-enactment led by local artist Elpida Vartholomatou.