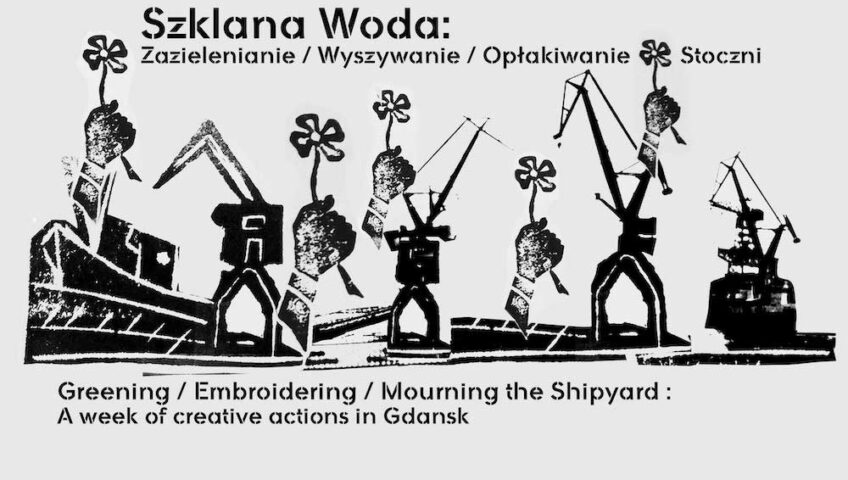 Glass Water / Szklana Woda was a series of actions designed to highlight the intangible aspects of the former Lenin/Imperial Shipyard, inspired by former workers, particularly women pipe insulators. I collaborated with local people and organisations over the week (13-19 October) to enact or activate different aspects of the shipyard’s histories. Glass Water had three distinct strands, comprised of different actions and events: Greening the Shipyard, Embroidering the Shipyard, and Mourning the Shipyard (Zazielenianie Stoczni, Wyszywanie Stoczni, Opłakiwanie Stoczni).

This project was inspired by the creative research of Metropolitanka, and from conversations with Mrs. Urszula Ściubeł (or Mrs. Ula). Events were co-hosted with Stocznia Cesarska and Zuraw/Crane M3 in partnership with our host organisation, The Baltic Sea Cultural Centre.

Greening the Shipyard involved a week of preparing the ground for a planting event on Saturday 19th October, where members of the public were invited to help replant roses, tulips, and other flowers grown historically on Toolmaker’s Street (Ulica Narzędziowców). This event also involved a collective drawing or ‘marking out’ of the exact locations of the historical shipyard garden, greenhouse, and gardener’s house. The footprint of each building was outlined with temporary spray paint and stencils: the stencil imagery was inspired from 1970’s graphics in the newspaper Glos Stoczniowca (Voice of the Shipyard). This marking event also included painted signage: ‘Here was the Shipyard Garden’, ‘Here was the Greenhouse’, and ‘Here was the Gardener’s House’. Members of the public were invited to assist, first by helping to decipher the exact location of each building, and then by stencilling flowers and other greenery to outline where they once stood.

Because the garden, greenhouse, and Gardiner’s House were all demolished to make way for a new throughway, the stencils and signage were placed on the pavement of the new road (Popiełuszki) and the parking lot of Sala BHP.

Embroidering the Shipyard was a collaboration with master embroiderer Natalia Kowaliszyna, where members of the public were invited to (learn to) embroider over five workshops held in a variety of locations in the shipyard, including the platform of the Zuraw M3 Crane, the European Solidarity Centre, and the Wydział Remontowy Club (nearby Brama/Gate 2). These workshops functioned in part as a collective effort to assist in making small gifts to honour the women pipe insulators and their families. This collective action of sewing — made visible through multiple public workshops or ‘stitch-ins’ – was designed to highlight both the sewing (of asbestos and linen around pipes) that these women did as a central part of their work, and to highlight their ‘leisure activity’ of sewing, embroidering, or crocheting over lunch breaks or other down time. The stitching sessions on the Zuraw M3 Crane were directly inspired by Mrs. Ula, who when working as a light crane operator would embroider while in the crane cabin.

Designs for the embroidery pieces were inspired by historical drawings of flowers as depicted in the shipyard newspaper Glos Stoczniowca, and by the tradition of giving flowers to women workers on 8 March to celebrate International Women’s Day. 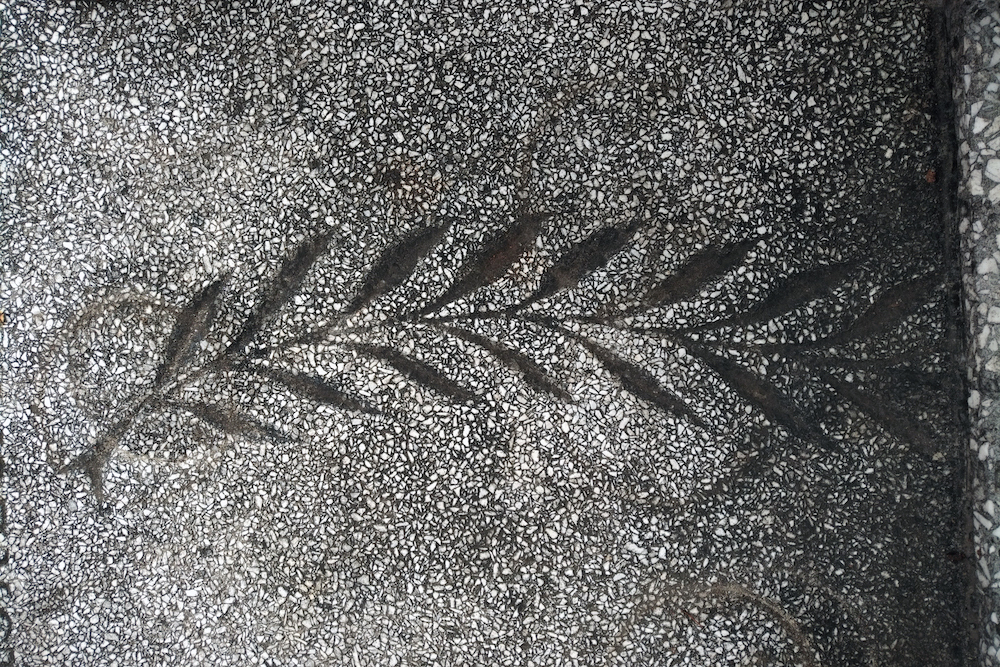 The final part of Glass Water was called Mourning the Shipyard. For this, I visited the graves of 14 women who worked as pipe insulators, placing a flower on each of their tombstones. I am indebted to Mrs. Ula, who shared her memories of many of these women with me, and helped me to locate their gravesites. This portion of the project was not publicised, but I did document it obliquely.