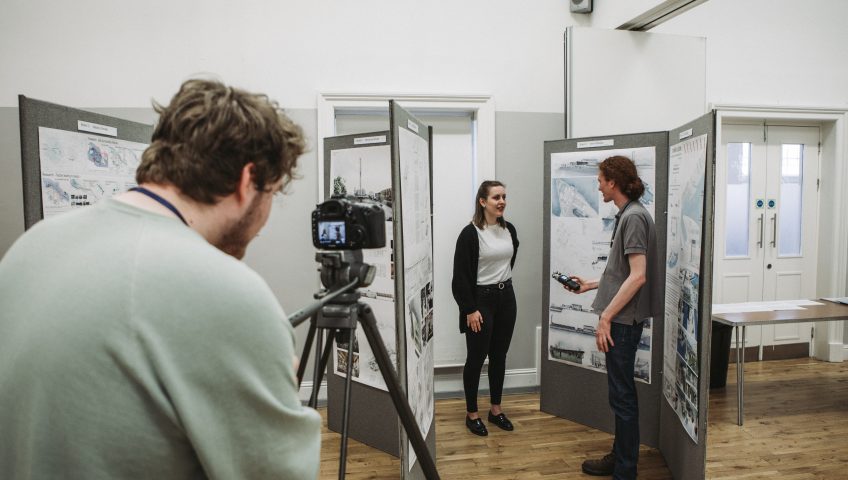 The second Govan Local Lab took place on Saturday 8th June 2019 with funding from various partners including Clyde Docks Preservation Initiative, Govan Docks Regeneration Trust, Creative Europe and the Universities of Strathclyde and the West of Scotland. Twinned with a matching event in Gdańsk where students from the Architecture Department of Gdańsk University of Technology took on the task of revisioning the future of the shipyard, third year architecture students from the University of Strathlyde took on the matching task of revisioning the future of Govan’s Graving Docks.

The day had several complementary component parts: the display of the final student drawings, an invitation for local people and visitors to feed in their ideas about what could be best for the future of the docks (both by completing a questionnaire and by speaking to camera), and most importantly, an opportunity for them to vote on the designs presented by the students. We also had five official judges: two architects, two local people and the chair, a dignitary from the Trades House of Glasgow (Glasgow’s historic network of benevolent businessmen and traders) whowere guided and compered by ex director of the Royal Incorporation of Architects in Scotland. 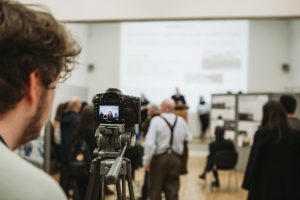 We have noticed throughout the Memory of Water (MoW) project that walking is a methodology preferred by all sectors: activists walk to raise the profile and awareness of the potential of the site; artists conduct art walks; historians and archaeologists walk to uncover the past hidden within the landscape, planners and urbanists look to the future and so on. We had therefore, planned a walk that would include all the students, judges, local people and participants looking together with fresh eyes at the Docks and the wider Govan area. The heavens opened however and the walk was called off. 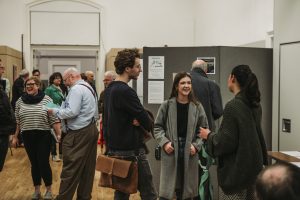 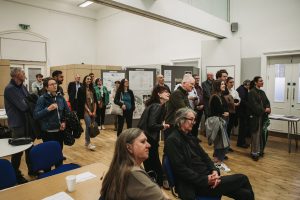 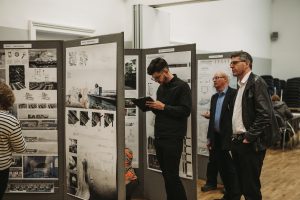 The main event was the announcement of the winners of the competition. It was a slick set piece compered by Neil Baxter, ex-director of the Royal Incorporation of Architects in Scotland (RIAS) who welcomed us and described the process. With an introduction to Govan Docks Regeneration Trust (GDRT) and the MoW project from Iain McGillivary and Hamish Rhodes (who also described the extensive and intensive consultation process that GDRT have been running in Govan since September). Hamish has been talking to local people, businesses, groups, politicians and stakeholders: anyone with an interest in the future of the Graving Docks in fact. Hamish gave us a taster of the initial findings from that consultation. It is already very clear from the feedback that people do not want to see high-rise housing and hotels on the historic site. What they do want is for the heritage to be respected. Top of the wish list is to see the docks returned to industrial use for ship-building and ship repair. There is also an appetite for learning, small-scale retail, craft and,if there are to be housing units, affordable, scale-appropriate housing on the Govan Road edge. 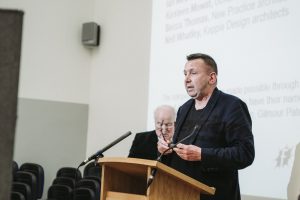 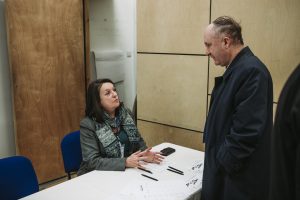 The winning entry was from Christopher Witton whose design successfully incorporated all of these elements, delivering a covered pavilion space for art and culture, a dry dock for ship repair, recreation, heritage and learning. 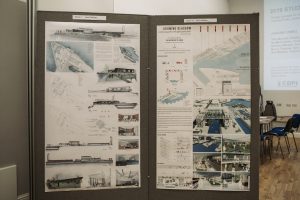 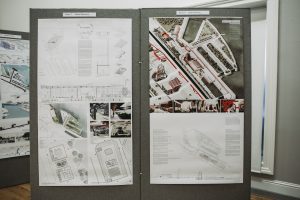 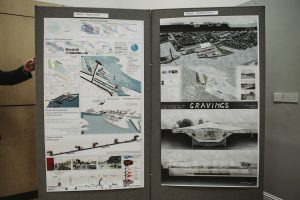 Our key questions for the day explored:
– What is the role of the architect in urban planning and how does the architect relate to the wider community?

– What skills does the architect need in order to co-create the designs and what do the designs lack if co-creation is missing?

– What kind of designs need to be in place that not only respect the heritage, are exciting and innovative, but also stack up as a business model?

– Apart from the finance, what are the issues and barriers to taking some/any of these plans forward? 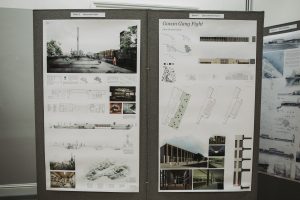 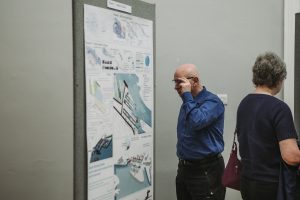 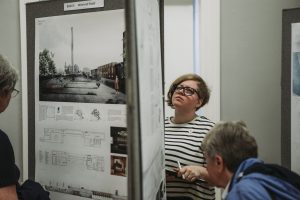