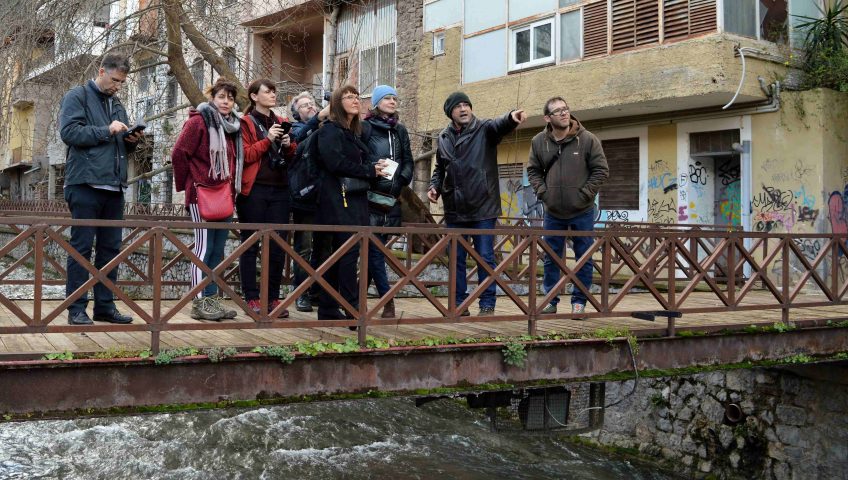 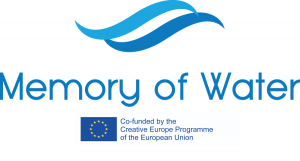 Funded by Creative Europe and partner cities, Memory of Water,  a six city artist led collaboration focused on post industrial Waterfront Heritage zones started in July 2018 and will continue for two years. The purpose  is to engage local communities in post-industrial cities – Gdansk, Gothenburg, Govan, Levadia, Limerick and Ostend  – sharing and informing the regeneration process. What does it mean to be a ‘post-industrial’ location? How can the reclamation of lost, ignored or disregarded histories empower local people to imagine and create a different future for themselves?

The project is a counterpoint to the prevailing orthodoxy which is characterised by top-down redevelopment –  politically or economically – where popular, local engagement, is frequently tokenistic or non-existent. 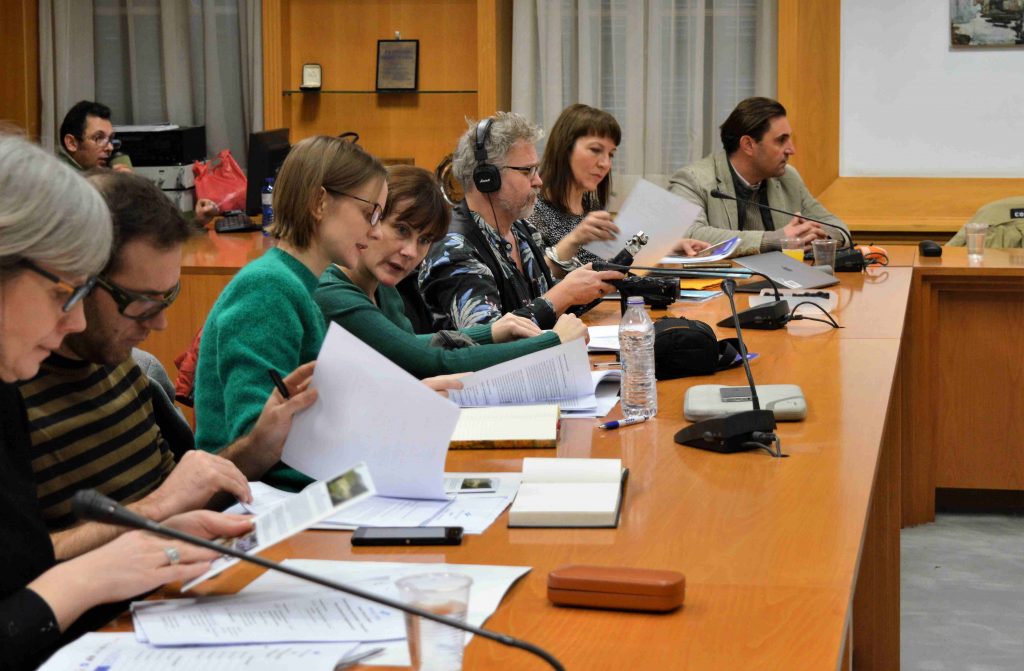 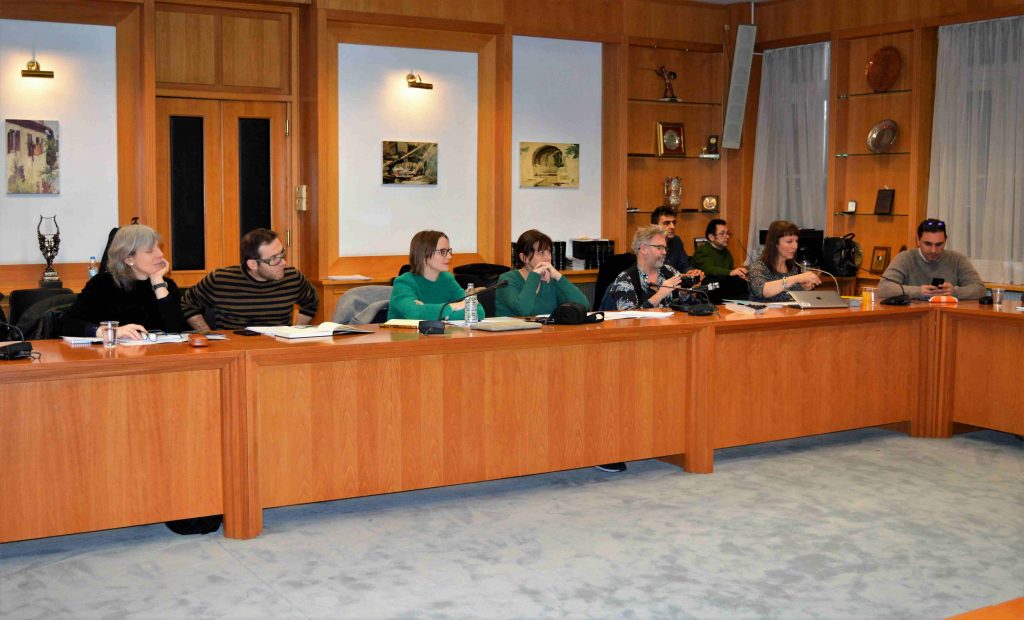 The title of the project – Memory of Water – is both a metaphor and a physical reality: all of the participating locations have water in common but are no longer engaged –  to any significant degree – in the industry or activities on which they used to depend. What replaces industry in a post-industrial location and what sort of future can be constructed from such a base?

Artists from the six partner cities started the process in Levadia, Greece, in February: on a mission to find out what the communities themselves see as being crucial to their regeneration. The process is to facilitate ownership and empowerment.

A community with no power and no investment cannot change or shape its own future, so the purpose of this artist-led process is to inform policy makers and planners – finding new ways forward together.

The next artist-led community engagement, from 15-20th April in Levadia, Greece, will build on the work of the first, which explored issues confronting the community. During this time the artists will start a dialogue with the respective communities and give voice to those who are so often ignored.

Glittering water: particles in the stream

We have some insight into what the artists are thinking and have glimpses of what might be, like glittering reflections on the water. Mary Conroy from Limerick will be using the glittering water and the natural habitat as inspiration. Siegfried Vynck from Ostend who works with spray paint, is identifying some young people who make graffiti art in the city. Will they work on one particular wall in one particular space to create work together? Will they work on their own work and also help the artist create a new mural for the city?

Another glimpse into what might be possible has come to me from Scottish socially engaged public artist t s Beall who is planning to involve women washing clothes in the river: just as they would have done communally in centuries past. The rivers of Europe were once full of women’s voices: the singing of the traditional songs, the slapping of the cloths (or Clutha on Glasgow’s river Clyde) on the wet rocks: taking ownership of space and place.

Part of what is missing from our post industrial waterfront heritage zones is that sense of belonging: we have lost the right to the city through industry, property development and issues of land ownership. Through the work of these artists, can we glimpse  once again what city life might be like if we could take the ownership of our streets and waterfronts once again? 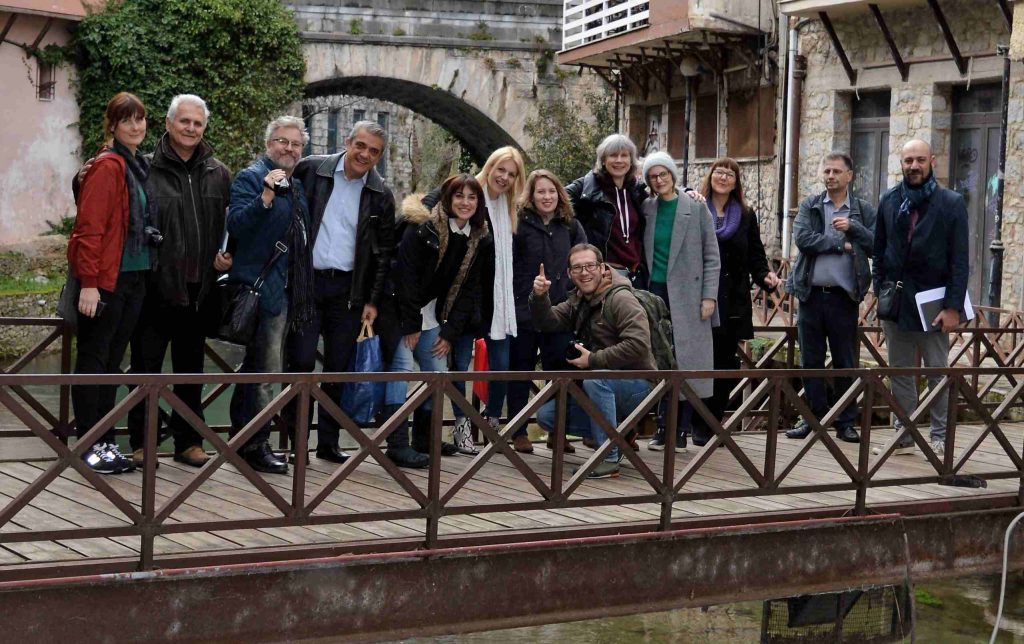 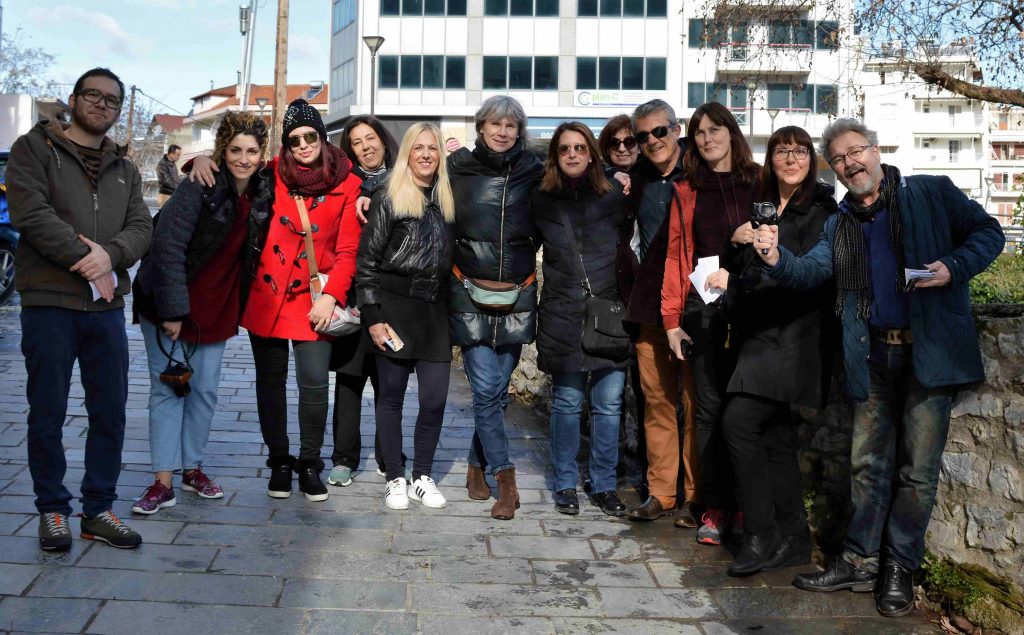 Memory of Water is an artist-led project that explores the impact artists can have on post-industrial waterfront heritage in terms of urban planning and community development.

A highly successful City Lab event initially took place at the end of November in Ostend, Belgium, where objectives and strategies were discussed, and presentations from artists and planners were given.

Between 29 January and 2 February, the first of six artist residencies was held in Levadia, Greece. Memory of Water partners from Sweden, Scotland, Poland, Belgium and Ireland were hosted by their Greek counterparts to exchange and generate creative approaches to post-industrial waterfront sites.

Over the five days, there was an intensive, diverse programme of presentations, discussions, site visits, workshops and interactions with various institutions and local bodies. 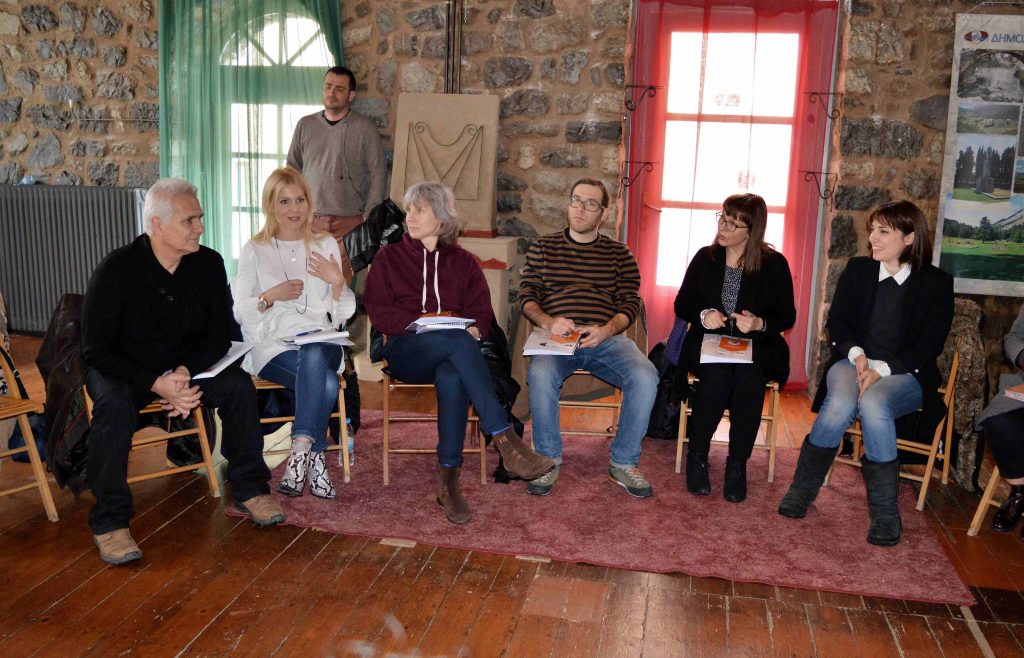 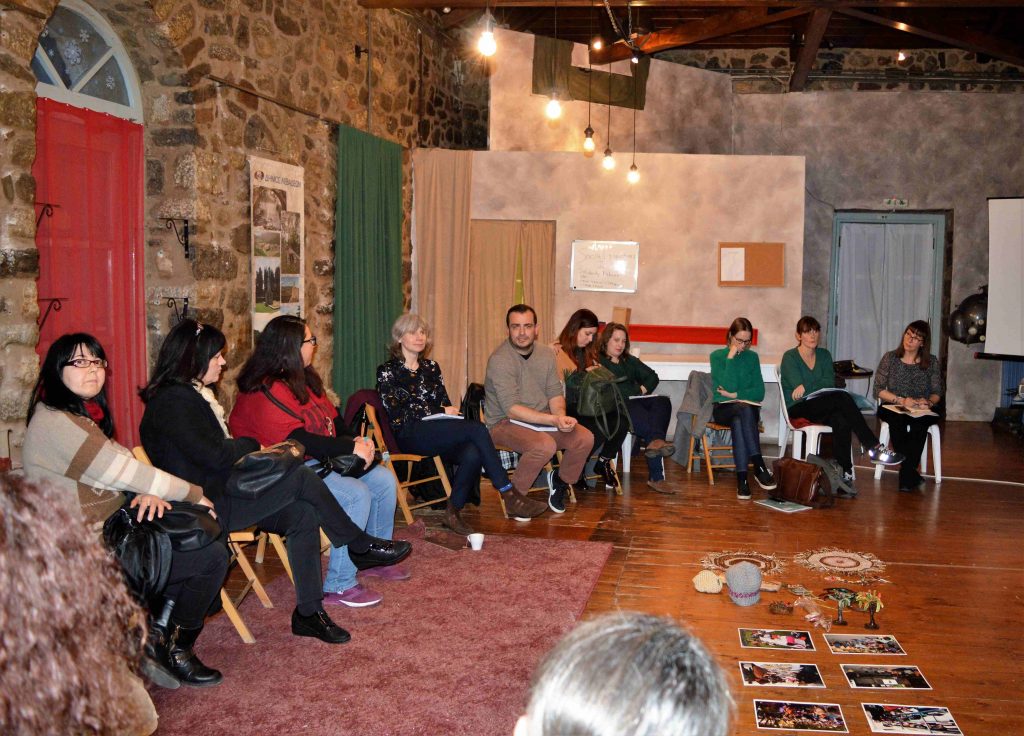 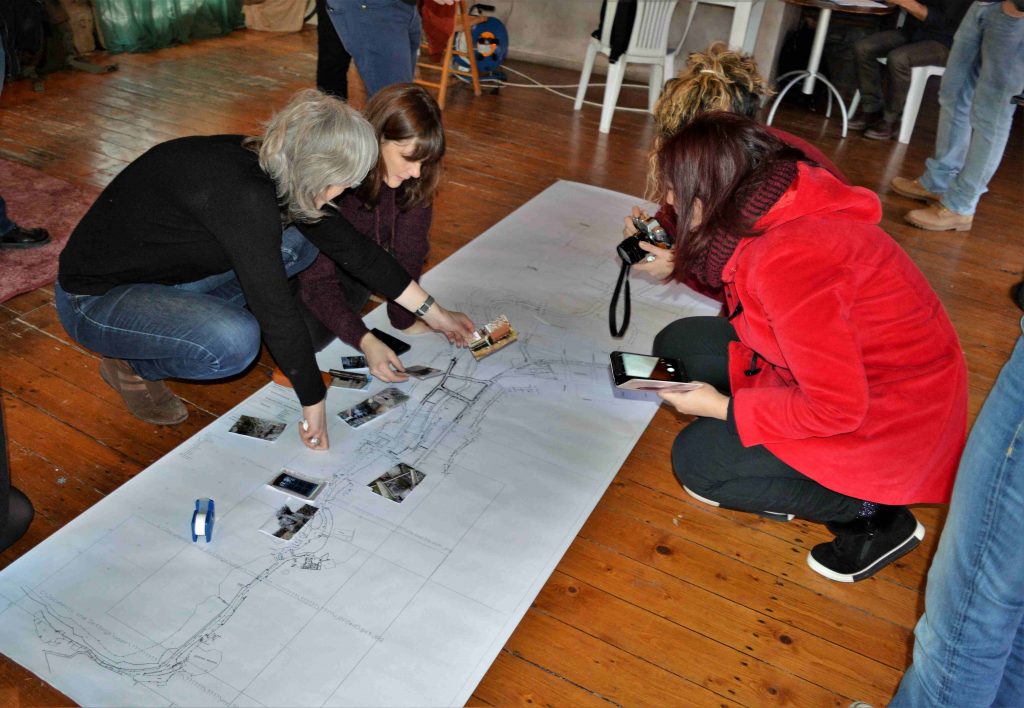 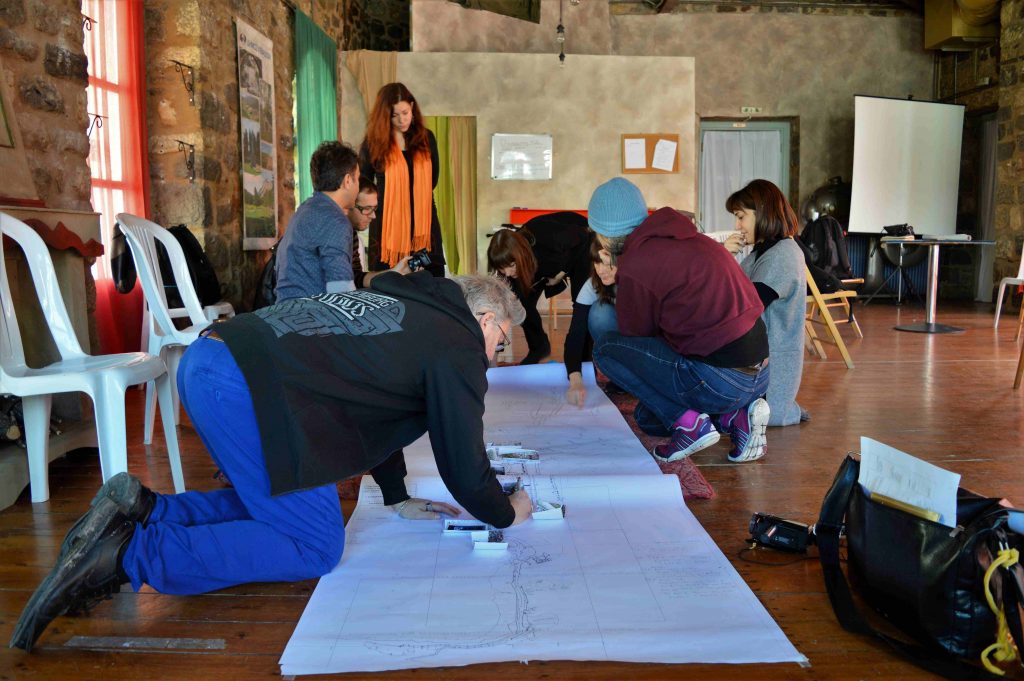 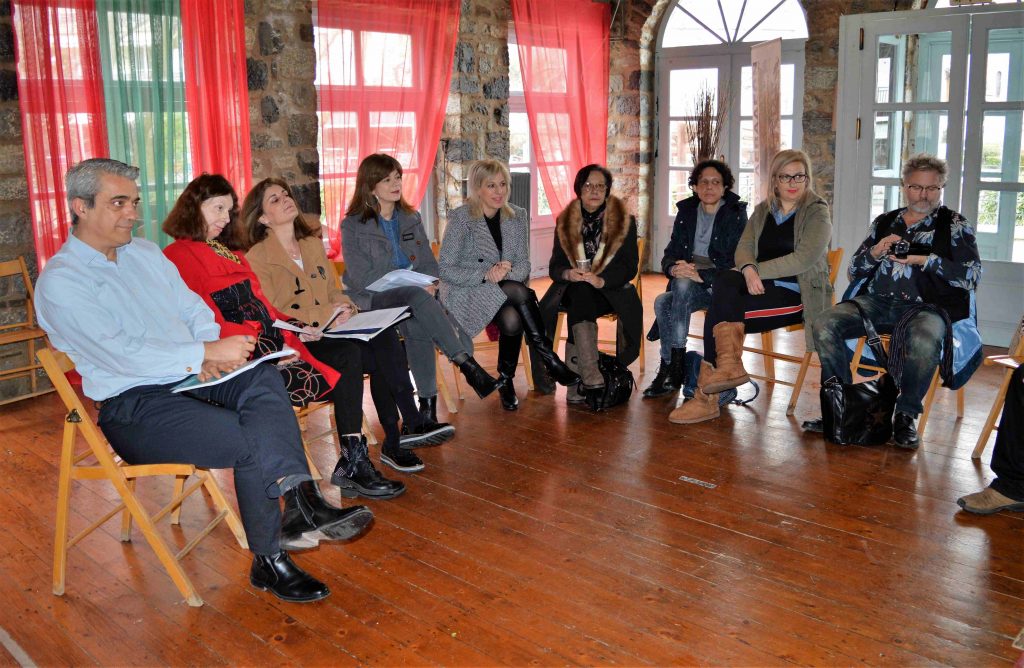 Chawishe, recently commissioned by the NEON foundation to create a new media installation performance, was the lead Memory of Water artist for Greece.

Presentations  made by local interest groups and communities including the Refugee Program of Relocation, and the LEVADRO local activist group.

Historian Tsokopoulos presented the ‘Industrialisation of Levadia’, discussing industry as an element of European history, as well as trade, exchange and transport.

A workshop led by local artists looked at narratives on the position of women in our cities, and a performance explored traditional myths of River Erkina. 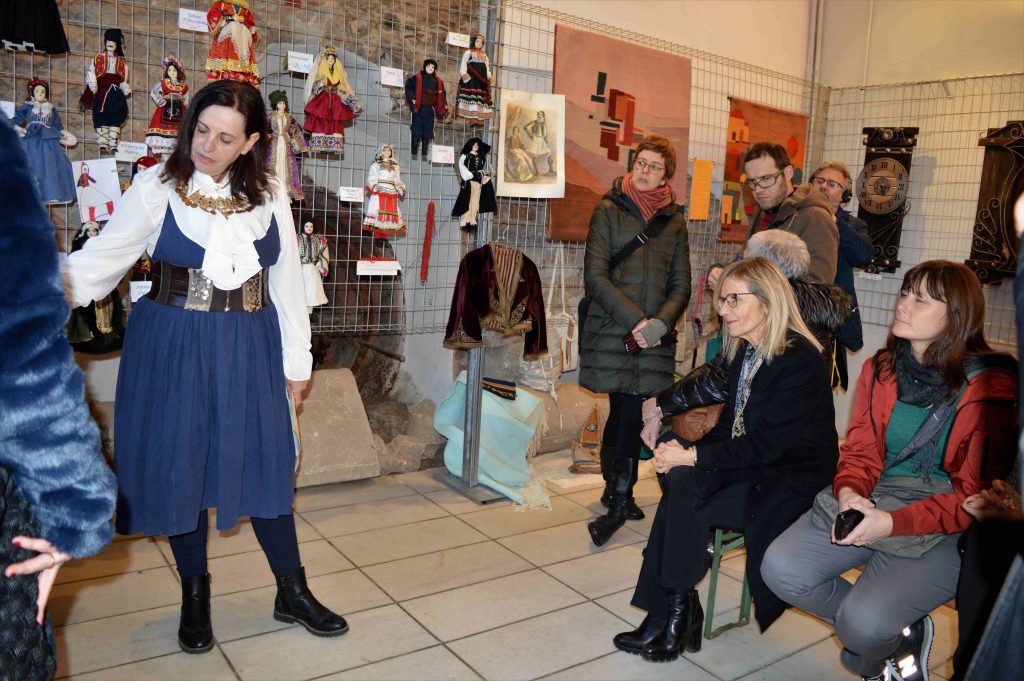 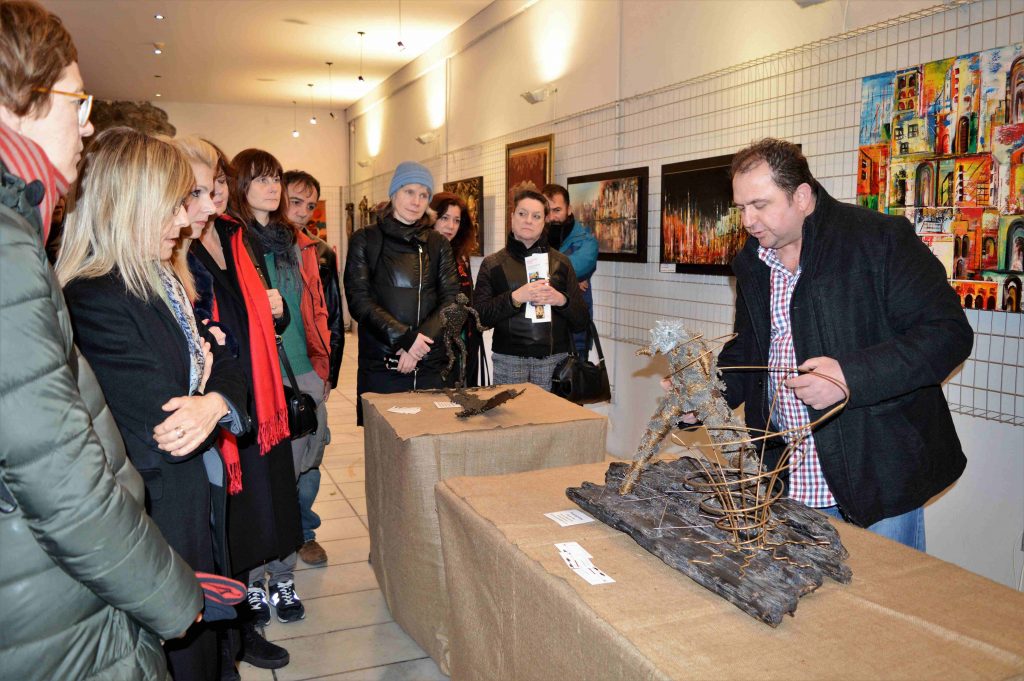 Dimitris Danias, president of Viotia livestock farming, lead a visit to a local farm with Dimitris Zanias (via Skype, former artist-in-residence there). Following this, a presentation  took place on indigenous and rare flora and fauna.

Mayor Poulou looked at the city’s and river’s regeneration process as well as public policy, with municipal architects and urban planners.

There was also a ‘Walkabout’ event, visiting abandoned buildings and sites with LEVADRO activists and the street art community.

These and other events and interactions, took place across this and future residencies and Labs, enabling Memory of Water artists, organisers and project partners to develop and support plans and strategies for waterside cultures and environments.

The findings from Memory of Water  reached out locally, nationally and internationally, exploring and challenging histories and futures of industry and waterfronts through artist and community-led discussions. 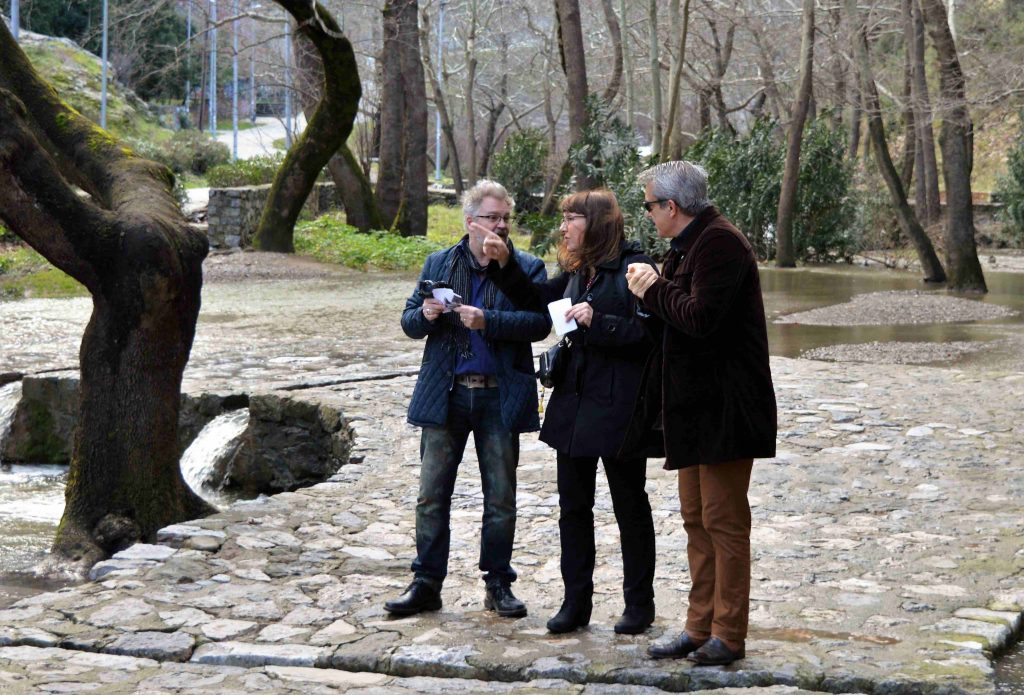 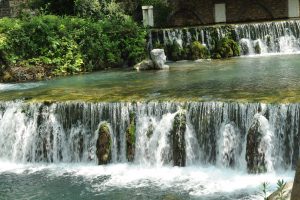 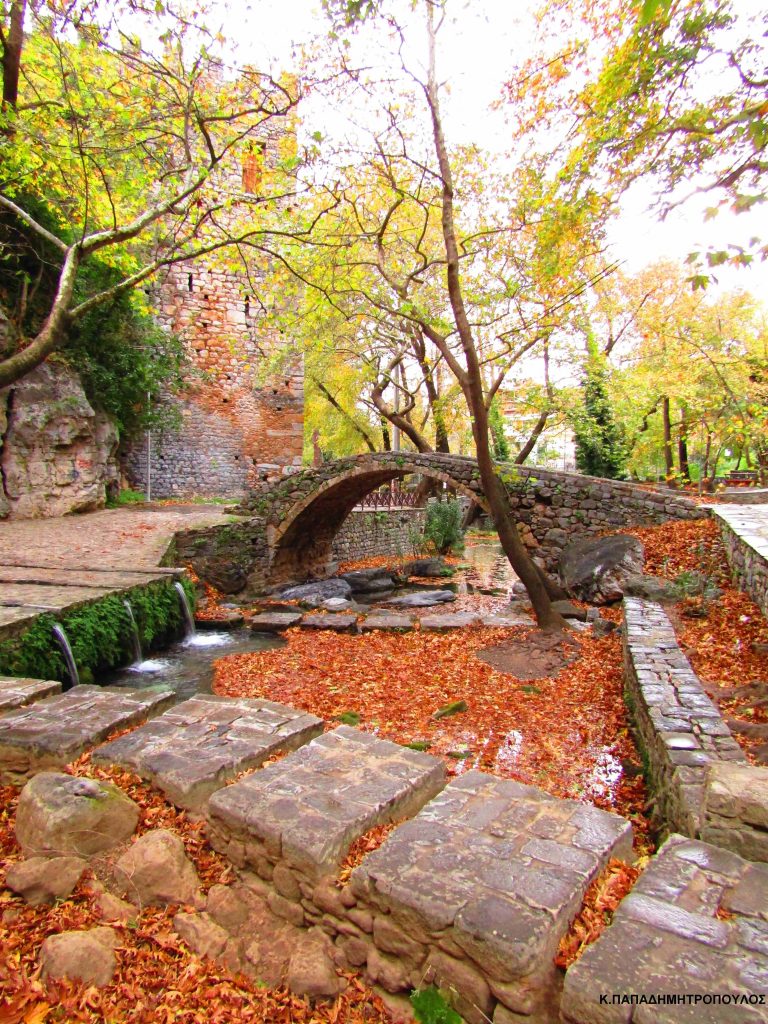 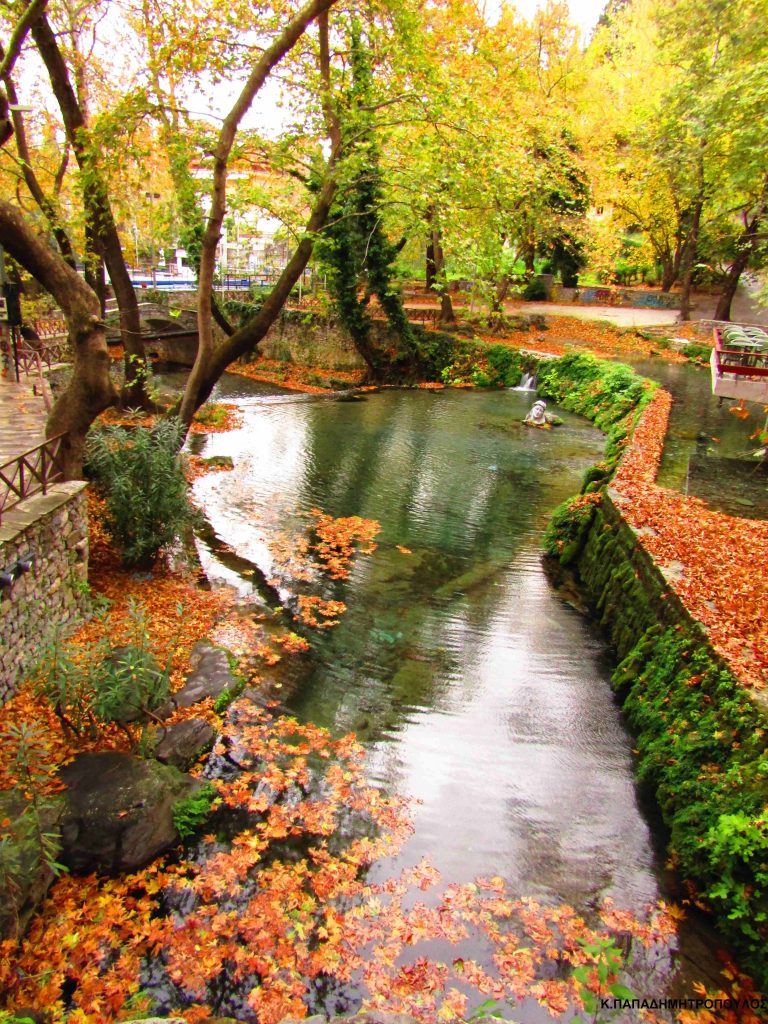