Memory of WaterLevadiaReflection: The Bulldozer 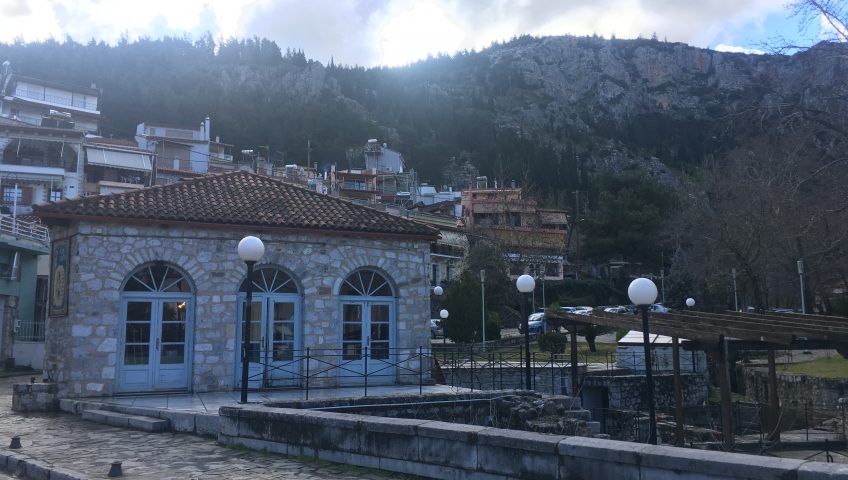 During his presentation on The Industrial Zone of Erkyna, local historian Vassias Tsokopoulos proposed the biggest threat to cultural heritage in Levadia is the bulldozer. Many former factories have been demolished or are falling into dereliction while some buildings have been preserved for cultural purposes. He also discussed intangible heritage giving the example of our base camp for the residency which was a former cotton ginning factory, a flour mill, and the public laundry, all powered by the energy of the river. Only some of these industrial functions are visible today, as the basement space has been converted into the Historical Ethnological Museum and the ground floor will soon host a permanent exhibition dedicated to local painter Theodoros Lazaris (1882-1978).

Vassias raised many interesting questions about the complex nature of memory. What should be kept and what should be demolished? As the city develops regeneration plans, does the conversion of the industrial zone into a touristic product constitute memory loss? Would the mere preservation of such buildings also cause a kind of memory loss? In the end, what will we know and remember about the names, faces, and indeed lives of the people who worked in these factories?