Memory of WaterGovanReflection: The Strong Women of the Clydeside – Protests & Suffragettes 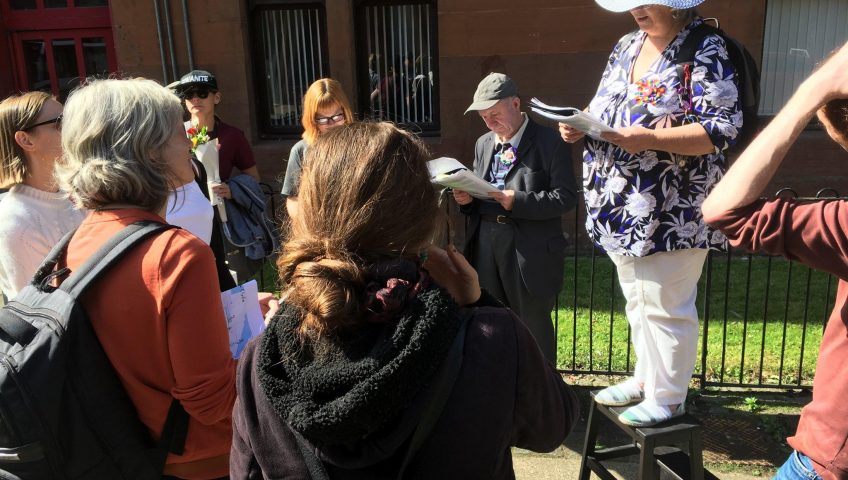 I was both nervous and delighted to welcome the Memory of Water artists to Govan. I first moved my studio there in 2009, after looking around Glasgow for reasonably priced studio space. Someone recommended Unit 7 on Clydebrae Street in front of the Dry Docks (also called the Govan Graving Docks), now derelict. I instantly fell in love with the place, and took the studio literally because of its proximity to the dockyard. I was amazed by the majesty of the Dry Docks, and took many long walks on site; I thought of them as Glasgow’s Parthenon. 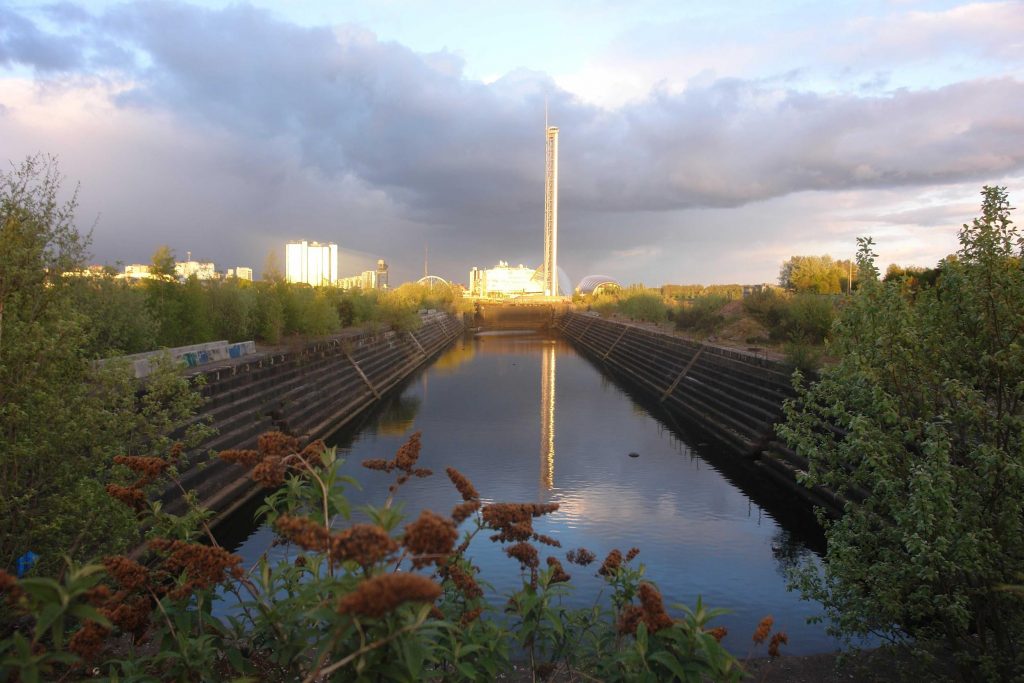 Image: Govan's Dry Docks were a wild refuge in an urban environment in 2010. Photo: Ben Rush.

I had spent months considering how best to introduce five artists from across Europe to Govan, with only a week to do so. How to arrange a balance of meetings, presentations, walks, talks, and necessary fun? How could we impart the history, cultural richness, local challenges, and organisational complexities? Working with the Fablevision team, we considered many possible strategies and thought deeply about every moment the visiting artists would spend here.

Govan is a place with a rich landscape of cultural organisations, and some of these groups have long and challenging histories with each other. I recently read a definition of ‘social capital’ which used as a metric the ability of local organisations and individuals to work together towards shared goals. If this is the litmus, then I’m not sure Govan could always have been considered well provisioned. Like many places, it has a funding landscape which puts in competition organisations which could otherwise be collaborating. I’ve spent a decade working with and within this organisational landscape, developing projects which attempt to strengthen local connectivity. It has always been rewarding, but rarely straightforward. 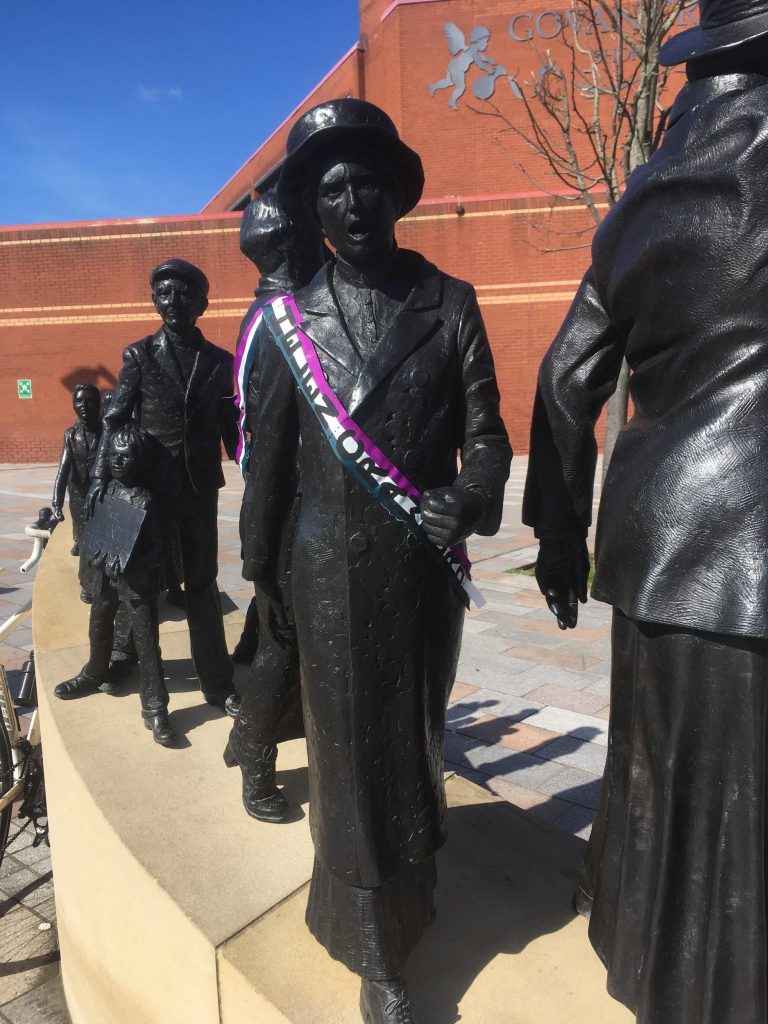 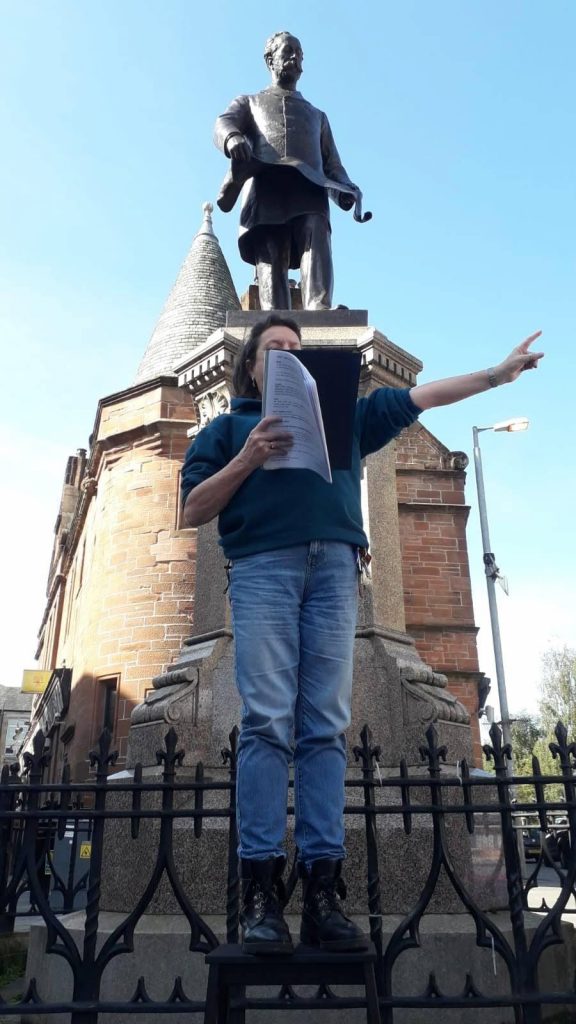 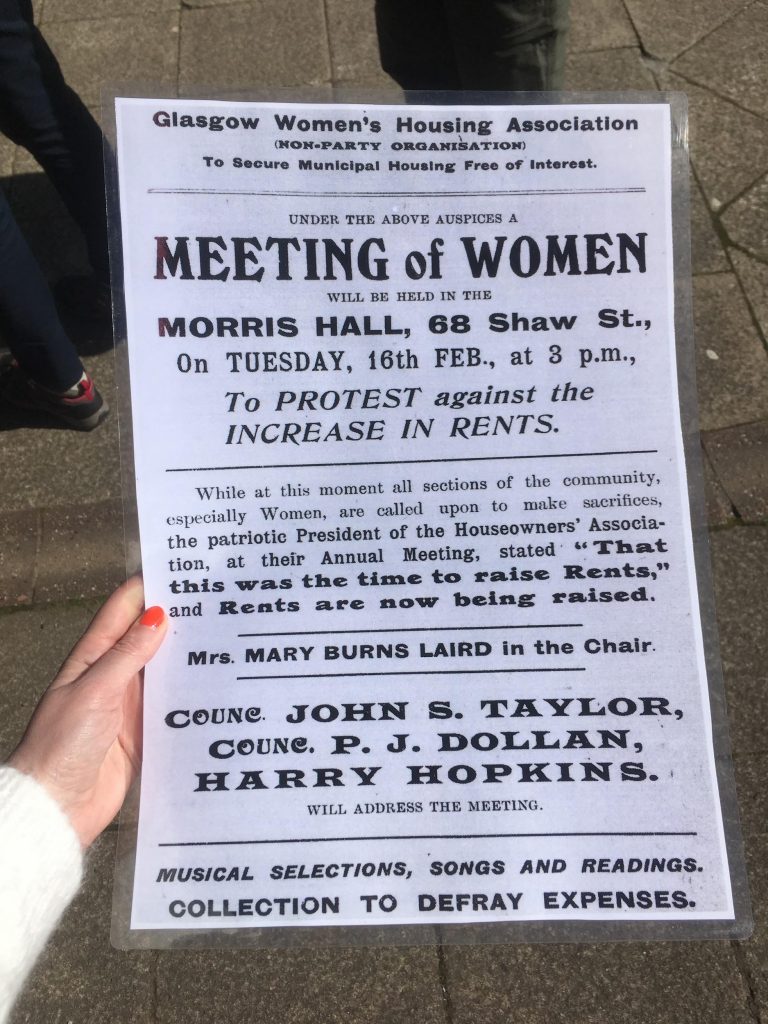 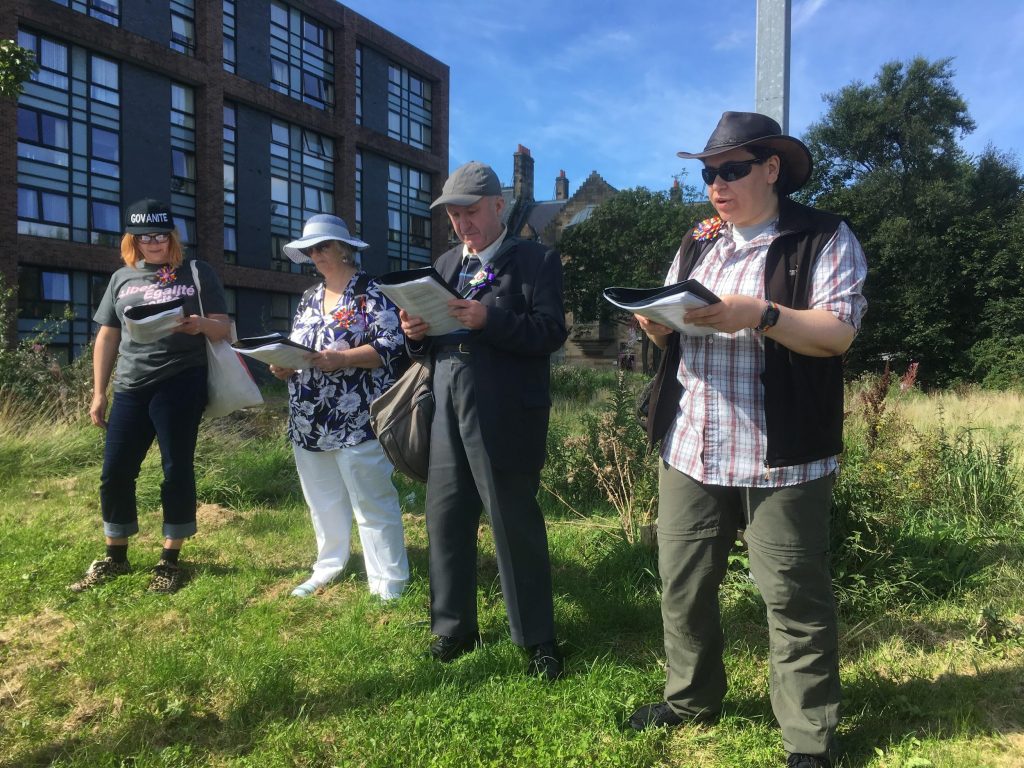 Images (clockwise from top) from Strong Women of the Clydeside ‘artwalk’, 7 September 2019:

For me one of the highlights of the residency was the last day when myself and the Strong Women of the Clydeside (SWaC) project team hosted a guided ‘artwalk’ for our guests. The SWaC project both enacts and celebrates 100 years of women’s activism in Govan, and this was an excerpt from the annual artwalks we have been hosting since 2013. We began at the new Mary Barbour statue (unveiled March 2018), took in Water Row and the site of Suffragette Helen Crawfurd’s family bakery (Jack’s Rolls), and strolled along the new riverside walkway to Govan Old Church. We paused at the statue of Sir William Pearce where we spoke about his wife, Lady Dinah, and another amazing woman — Margaret MacGregor. We ended at the gate of Fairfield Shipyard, sharing some of the histories of the 1971 Upper Clyde Shipbuilders’ Work-In, and quoting UCS veteran and former shipyard worker Linda Hamill.

At Fairfield, we also quoted Polish activist and journalist Ewa Milewicz on the 1980 Solidarity strike in the Gdańsk Shipyard. Ewa’s contribution stems from a walk I co-devised in 2017 with Anna Miler and Metropolitanka during Riverside Solidarity. The SWaC team and I have since drawn on that work and research to quote women from both places, while walking in the footsteps of Govan’s women activists. 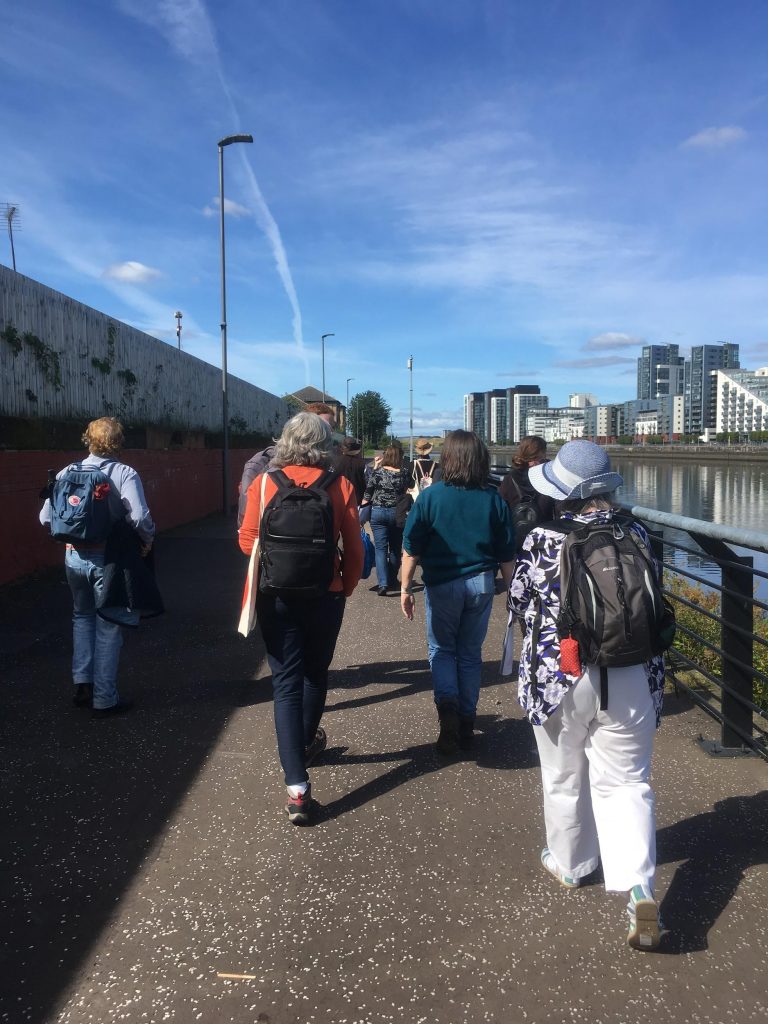 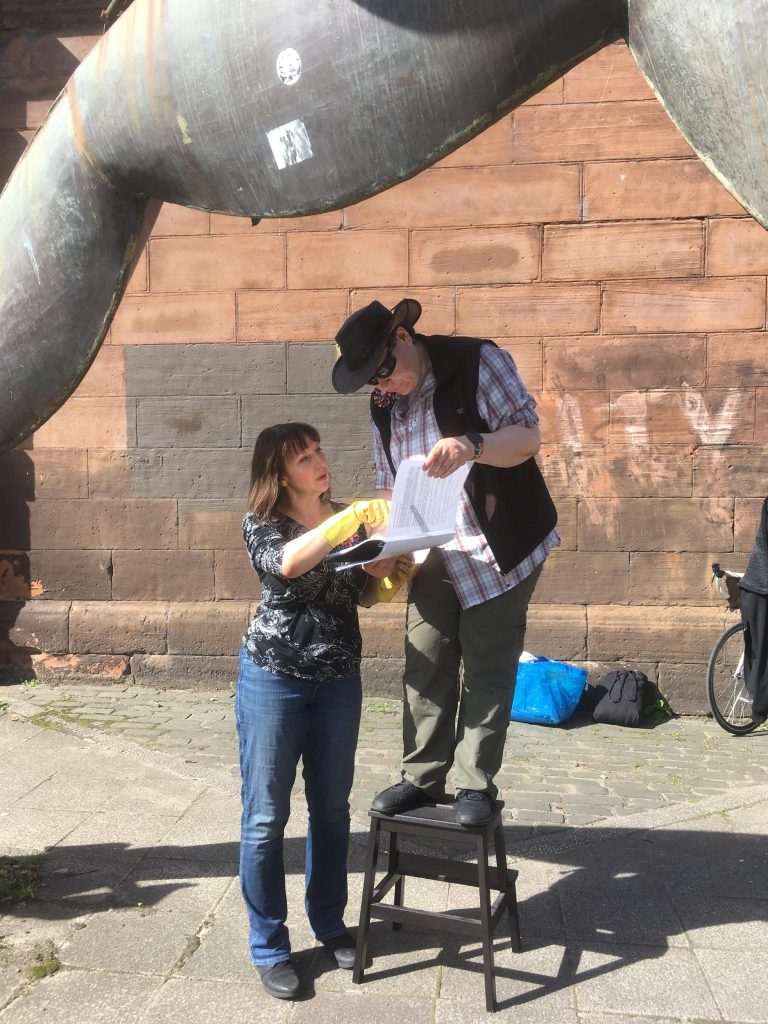 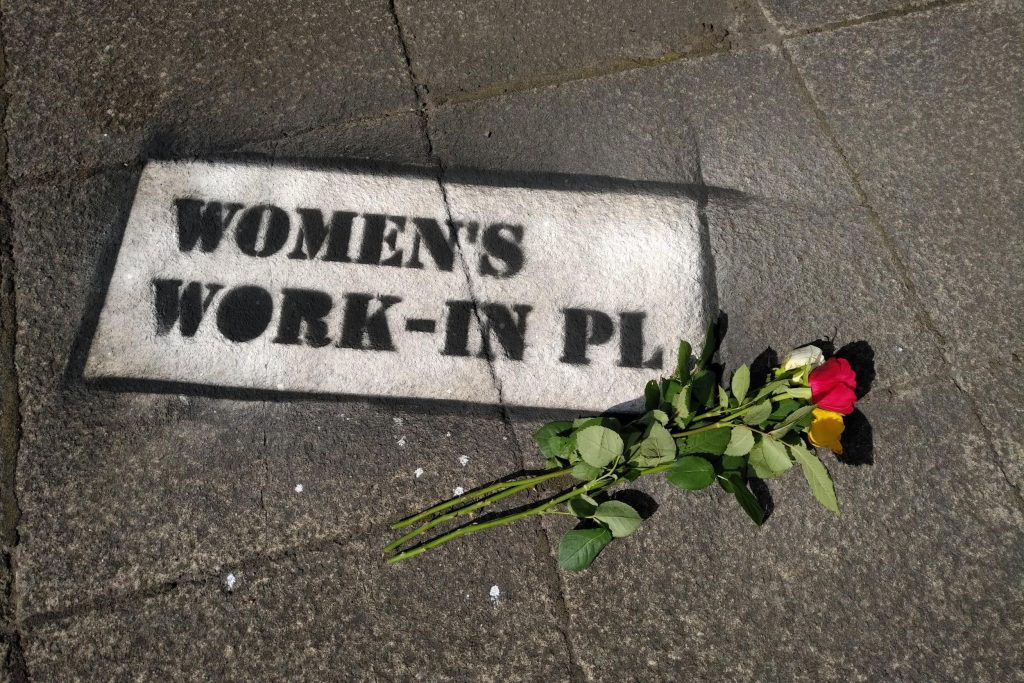 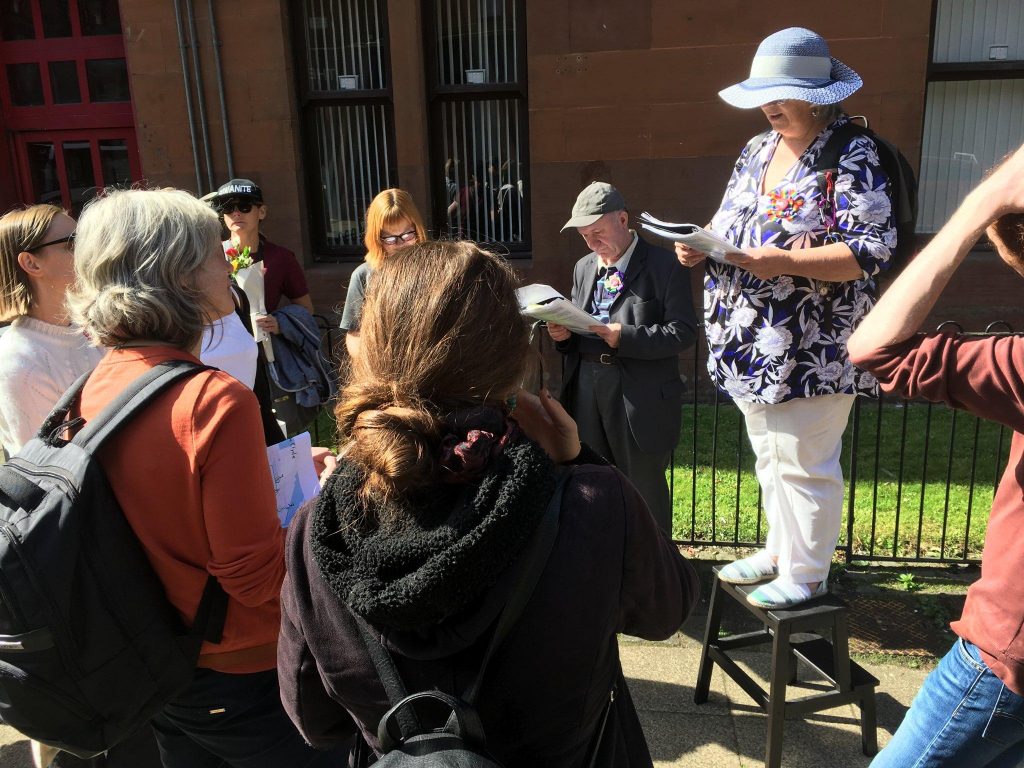 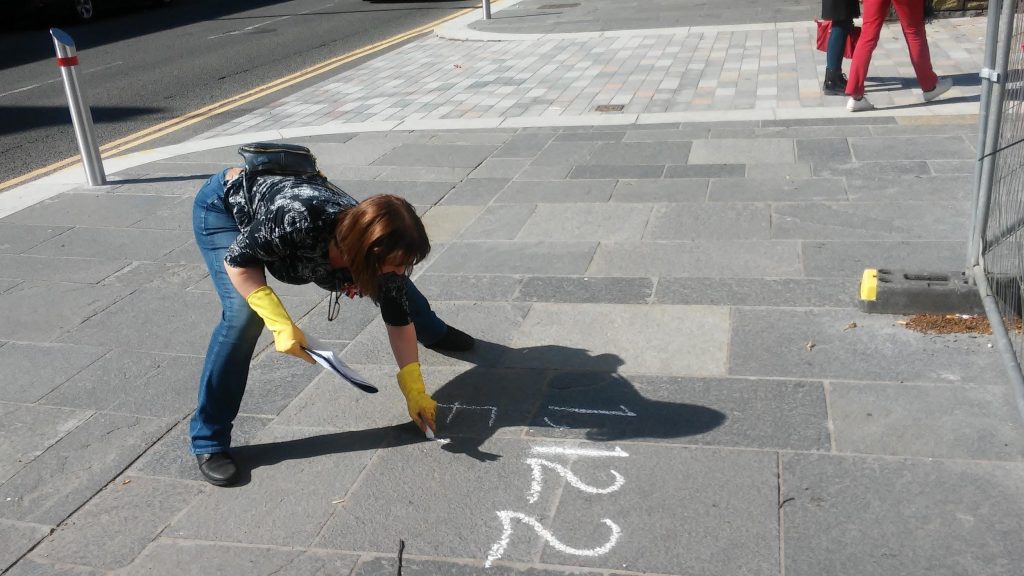 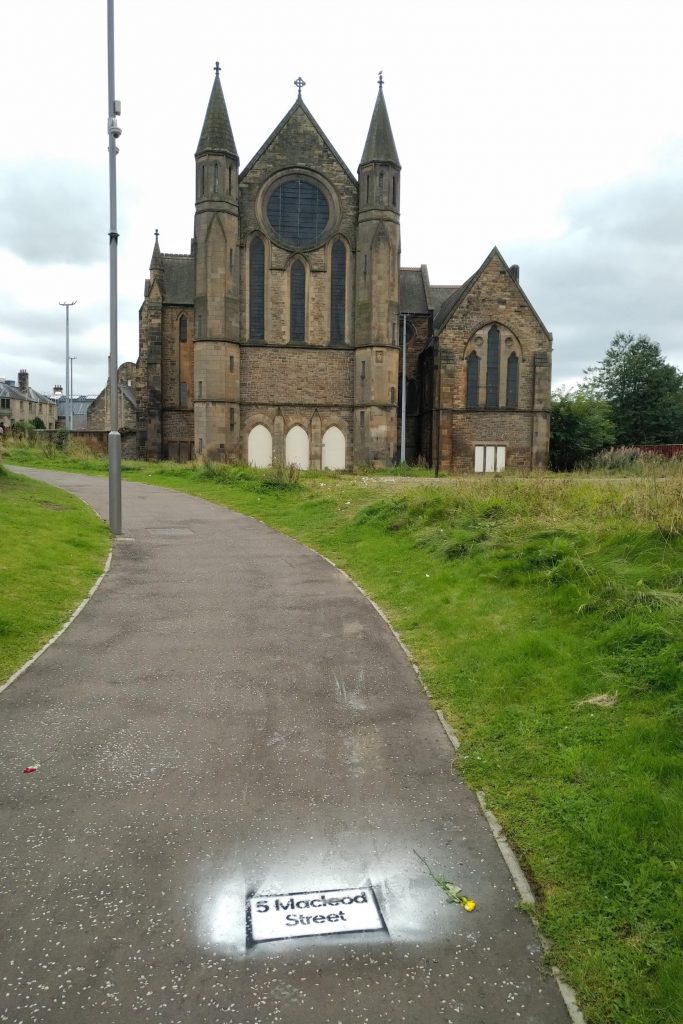 Images from Strong Women of the Clydeside ‘artwalk’, 7 September 2019:

It was a great pleasure to share a SWaC artwalk with the Memory of Water team, both as a way to impart some of Govan’s history, and because we had the opportunity to hear their thoughts about our work and process. I’m excited to see how the other artists develop creative work in Govan, as there is such a wealth of history and community organisations here. For myself, I plan to devise something different from my previous and more durational performance works, as a way to stretch and challenge my own creative practice in a place I’ve been privileged to work for the last decade.