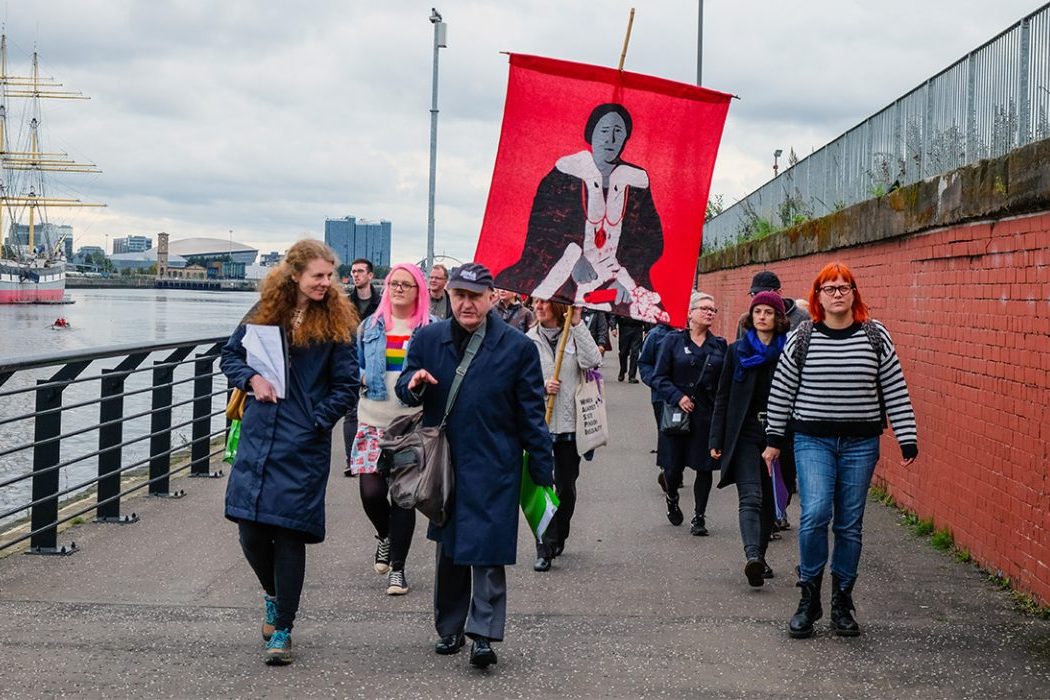 Govan, in Glasgow, has an ancient heritage dating back to medieval times as the capital of the ancient Kingdom of Strathclyde and more recently, was a world centre of shipbuilding until the latter half of the 20th Century. From the 1980s, political decisions led to the closure of the shipyards and echoes of Poland's Solidarity movement in Gdańsk led by Lech Wałęsa were heard in the 'work-in' led by Jimmy Reid and the shipbuilders of the Upper Clyde (or 'Red Clydeside' as it has been named). Post-industrial Govan was beset by familiar problems of poverty, drugs and crime coupled with a loss of community identity and pride as the heart was torn from the place and local people lost sight of the magnificent achievements of the past.

Central Govan boasts one of the oldest churchyards in Europe with a splendid collection of Viking Hogback Stones. Fairfield Heritage hosts a museum telling the history of shipbuilding in the Fairfields yard and community buildings like the Pearce Institute remind us of a glorious past. Only two families of traveling showmen remain at the ancient Water Row crossing (down from 15 in Govan's heyday) and they exist under constant threat of eviction.

Without proper care and attention, the industrial heritage and infrastructure has been dismantled leaving only a few key gems like the magnificent Graving Docks (derelict since the 1980s). There is, however, an impetus towards reindustrialisation on the Clyde in the 2020's with artists, activists and academics leading the conversation and re-imaginings. The focus of Govan's contribution to the Memory of Water project has been the Graving Docks (celebrating what they are and what they could be in the future) as well as 'hidden histories' like those of the traveling showmen and the voices of women who were leaders and activists as well as welders, crane drivers and pipe fitters in the shipyard.

Cultural charity, Fablevision and its social enterprise trading arm, Fablevision Studios, have worked with artists in Glasgow for over 30 years, examining and transforming accepted narratives. The organisation engages with people facing barriers to employment, and works with community charities concerned with waterfront development and heritage protection. During Memory of Water, Fablevision is hosting two local labs, an international lab, and two artist residencies. The organisation further promotes activities and ideas through its design and implementing of communication strategies across the project, disseminating and interpreting information for all partners. During 2012-16, Fablevision conducted an artist exchange programme with Gdansk, Poland, and in 2017, an artist residency programme, Riverside Solidarity, in Govan. Fablevision is excited to continue working with members of River//Cities.

City Lab: Turning the Tide On the Clyde

Webinars: Does ArtWash or does ArtWork?