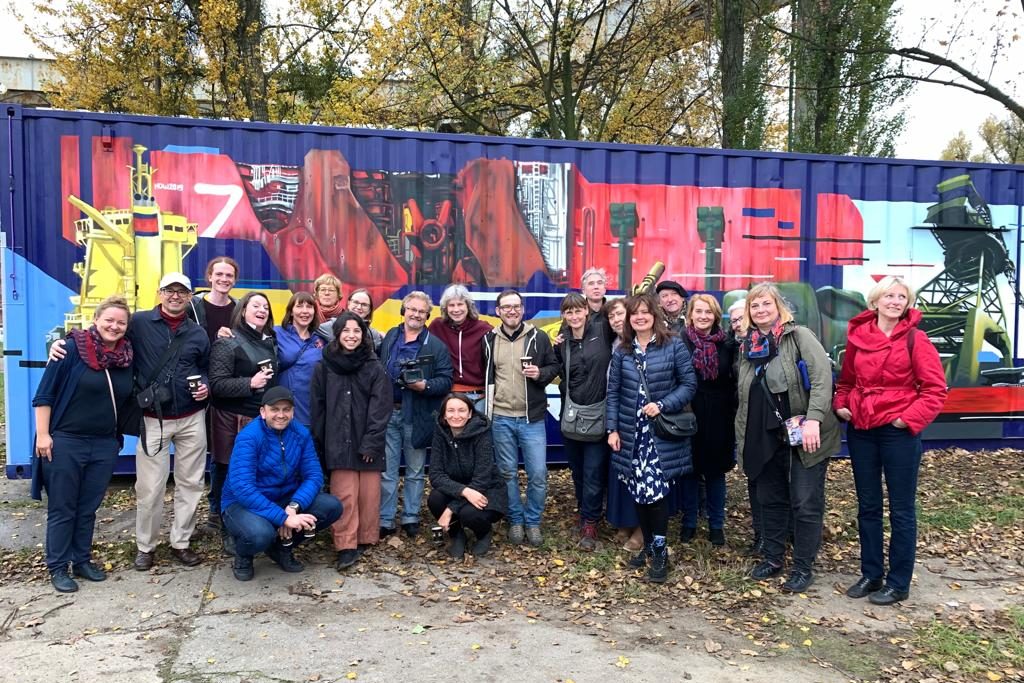 Gdańsk is one of the oldest cities in Poland, settled in the 10th century. It is quite uniquely located at the crossroads of sea and river routes, waterways of the Vistula river at the Baltic estuary, as well as the Radunia and Motława rivers. This specific waterscape and landscape have determined the spatial development of the town. The daily living as shown in literary and iconographic records proves that water was the omnipresent element of the city’s life and so today waterfronts constitute an important part of city’s heritage.

In Gdańsk, the project focuses on the historic and iconic post-shipyard areas - the so-called Young City, whose development is currently the subject of heated discussions. In the background of our project there is an importance of the Shipyard in the history of Gdansk and Poland, in shaping the largest socio political movement in Europe: "Solidarity". We show iconic symbols of the Solidarity movement and remaining industrial architecture, at the same time telling the stories and offering examples in the built environment, which are hidden or have disappeared as a result of the transformation of the post-shipyard area. We present the history of this place through the prism of individual human history. This wealth of tangible and intangible heritage means that "Gdańsk Shipyard" is not only an extremely important place on the map of our city, but also in our hearts. Subsequent plans for developing the  post-shipyard areas arouse great emotions as well as great hopes.

The partner for the Memory of Water activities in Gdańsk is the Baltic Sea Cultural Centre / Nadbałtyckie Centrum Kultury. It is a public cultural institution in the Pomorskie Voivodeship (regional authority) established in 1992. The BSCC promotes local culture and develops partnerships abroad through projects on international, national, and regional levels. We are members of European networks such as River//Cities Platform Foundation or Culture Action Europe. The BSCC has realised several big innovative and inspiring international projects with the focus on contemporary art, such as ART LINE, Baltic House Lab (2015), and Shared History (2016–2018).

For the Memory of Water project, we continue to explore the topic of “water in the city”.  We are in dialogue with various groups: artists, activists, residents, experts and local authorities. The former Gdańsk Shipyard becomes a space for the artistic explorations during the artists' residencies, as well as dream-sharing within City Labs. By expressing our dreams and desires in public, we unleash our collective imagination and build up a common vision of this unique place. We have invited Gdańsk-based artist, Iwona Zajac, to participate in artistic residencies, and Agnieszka Wołodźko to curate the development of the local artistic interventions, while curatorial care over the cycle of City Labs is led by Roman Sebastyański.

City Lab: Transformation of the Shipyard